Many believe Greece now faces an Imia-like crisis (which in 1996 brought the two countries to the brink of war) with the threat of a military clash the duration and outcome of which is unknown. 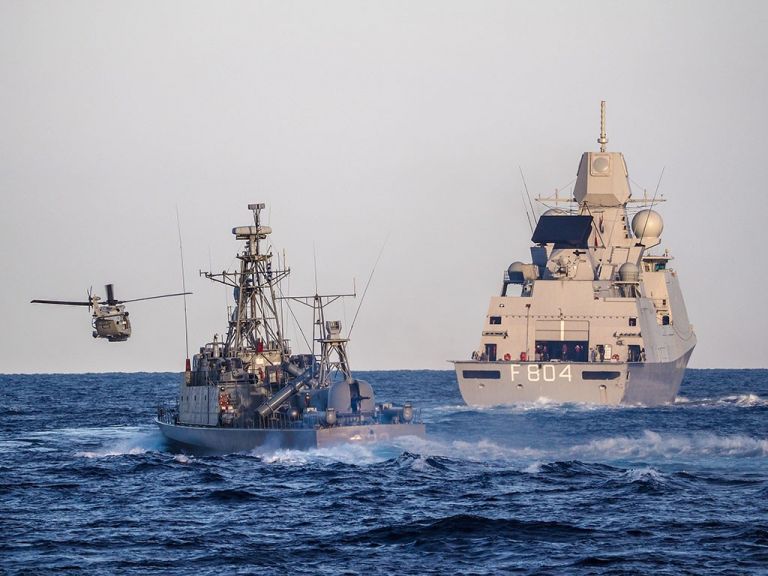 The evolving Greek-Turkish crisis is by all accounts preoccupying the government and has stirred the concern of the Greek people.

Citizens understand the significance of Turkish demands and hostility and are understandably unsettled, especially because Ankara is using the refugee-migrant crisis as leverage to pressure Greece in a variety of ways.

Right now the common conviction is that Greece is experiencing an Imia-like crisis (which in 1996 brought the two countries to the brink of war before the US interceded) with the threat of a military clash the duration and outcome of which is unknown.

It is as if the clock has turned back 24 years except that what is at stake this time around is broader and the dispute is infinitely more significant.

In 1996 the aim of the Turkish intervention was to challenge Greek sovereignty over Aegean islets.

Today, Ankara is disputing Greek sovereignty on a far wider scale in order to grab the substantial reserves of hydrocarbons in Greece’s Exclusive Economic zone (EEZ).

The common conviction is that the unfolding crisis will be arduous and, as one person involved in the matter stated, “The situation will worsen before it improves.”

That means that the government expects undesirable events and in preparation it is doing whatever possible to avert them.

The diplomatic efforts – including the numerous contacts and consultations of the PM with foreign leaders over the last several months – have sought to avert a clash that would be harmful for all sides.

The Greek government aims to highlight the arbitrary nature of the actions of Turkey – which Athens underlines is in the wrong because it is flagrantly violating the Law of the Sea (the 1982 Montego Bay Convention) –  and to stress their negative repercussions on regional peace.

It believes that the accomplishment of these objectives will constitute a dual wall of deterrence which will create problems and losses for Turkey in any bellicose power play.

The truth be told, Greece’s strategy is expressed by the phrase of the late PM Andreas Papandreou, “non-war”.

That is justifiable as Greece’s experience even in a controlled clash such as the one in Imia is not the best.

Those who lived through that crisis remember that it led to an arms race, undermined the economy, and corrupted politicians.

In that sense Greece’s policy must be to exhaust every possibility of securing international pressure on Ankara.

More expansive alliance are gradually being built with France, Italy, Israel, Egypt, and other countries of North Africa.

Germany has been forced by circumstances to describe Turkey’s demands as illegal and the US as an ally is obliged to take a public stance in Greece’s favour without repudiating its alliance with Turkey.

Greece and Turkey are neighbours and that will never change so it behooves Athens to gradually create the conditions for a peaceful resolution of any disputes.

The two countries are obliged at some point to sit at the negotiating table.

They have done so many times in the past under much worse conditions than now.

Their leaders must exhibit foresight and a belief in a common, peaceful future.

Στέλιος Χανταμπάκης: Δείτε τι έκανε μαζί με τα παιδιά του
TANEA Team 28 Ιανουαρίου 2020 | 07:33
Περισσότερα άρθρα για Αγγλική έκδοση
Government and opposition are skirmishing over the rubble in Mati Editorial: Duty
As it turned out Mega was too big to die Editorial: The return of Mega Channel
The government cannot address the problem of school violence on its own Editorial: Wave of violence
Job creation is the overarching aim so that society can prosper Editorial: Automatic pilot
Right now there must be delicate diplomatic manoeuvres abroad and a solid front domestically Editorial: Consensus
Editorial: Delusions
Editorial: Readiness
It seems that freedom of speech cannot be taken for granted in our country Editorial: Fascism
At last it seems that reason is prevailing over belief and superstition about vaccines Editorial: Sirens
Dialogue must continue to be a basic pillar of Greek foreign policy Editorial: Dialogue
SYRIZA links Oruc Reis incident to Turkey's disputation of Greek sovereignty over Aegean islets
The state is obliged to determine which groups are serving humanistic ideals and which are simply exploiting human misery Editorial: Investigation
Electronic prescriptions a much-needed push toward digital modernisation
Deterring a military clash cannot be the sole objective of foreign policy Editorial: Limits
Editorial: Transparency