The groundbreaking initiative – which saw the state government give 900 acres of land to survivors of slavery in 1986 – has diversified in recent years, growing pepper and coffee, as well as tea, and opening its doors to eco-tourism 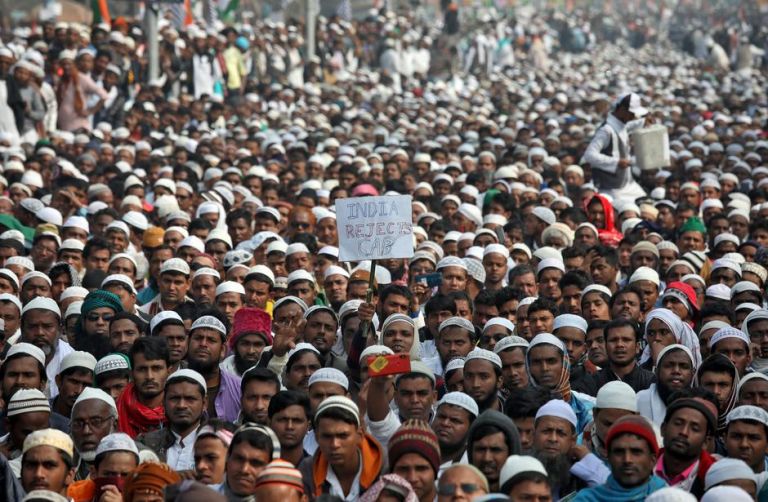 S ipping tea with bureaucrats at a plantation in southern India earlier this month, Sharda Krishnan’s mind wandered from the boardroom to the farm where she was enslaved as a child.

Her only payment had been in paddy rice and porridge, autonomy was unimaginable and despair perpetual.

Now she co-owns a tea plantation in Kerala.

Run by former bonded labourers for nearly 35 years, it is a place where freedom is a given and fear does not exist.

«There will always be work issues, but it will never be like earlier, when I was paid for my hard work with just a little paddy, some porridge and never allowed to quit,» said Krishnan, whose family was rescued from forced farm labour in the 1980s.

«I am one of the owners now so why should I be scared?» she asked last month, taking a break from picking leaves at the Priyadarshini Tea Environs in Kerala’s Wayanad region.

The groundbreaking initiative – which saw the state government give 900 acres of land to survivors of slavery in 1986 – has diversified in recent years, growing pepper and coffee, as well as tea, and opening its doors to eco-tourism.

The plantation is seen as a rare success story in a country where about 18 million people are estimated by the government to be trapped in bonded labour, working without pay across fields, brick kilns, factories, brothels or as maids to repay debts.

Once rescued from slavery, workers are sent back to their communities with compensation and the promise of more support.

Yet most survivors struggle to access government benefits, from housing and livestock to financial compensation, and end up jobless and burdened by debt, leaving them at risk of falling back into slavery, labour rights campaigners say.

Projects such as the Kerala plantation that bring victims together are increasingly championed by charities as a more sustainable way of improving the lives of former slaves.

«Rehabilitation of rescued workers continues to be one of the biggest challenges,» Kandasamy Krishnan, head of the National Adivasi Solidarity Council – an organisation that works on labour rights issues – told the Thomson Reuters Foundation.

«The plantation … should be celebrated and replicated,» added Krishnan, who wants other states to follow suit. «Starting a collective and training the rescued workers to run it could be a starting point.»

At Priyadarshini Tea Environs, every packet of its Vishwas Gold tea features a note outlining the slaves-to-owners backstory and a logo of hands breaking free of chains.

Its 150 workers produce an average of 40,000 kg of tea each month, most of which is sold at auction in nearby Kochi.

An industry downturn led to losses so the plantation teamed with the state’s tourism department in 2019 to run tours, lay on camping and hold tastings, to raise funds and awareness.

«We want every visitor to know the struggle of the men and women behind the plantation,» said Vikalp Bhardwaj, a civil servant who oversees the daily running of the plantation.

«It will also be an opportunity to talk about the issue of bonded labour.»

The new venture has created jobs for the children of plantation workers, whether training them as tour guides or to work as hospitality managers in the guest rooms.

«When the rehabilitation programme reaches out to the next generation as well, it is complete,» said Dinesan Chirakkal Kalarikkal, executive director of local human rights charity Joint Voluntary Action for Legal Alternatives (JVALA).

India’s rehabilitation programme for victims of bonded labour provides survivors with compensation, as well as a plot of land, poultry, and job training to help start afresh.

Individual state support has won out over group projects as it seems easier to manage, said Kuralamuthan Thandavarayan of the anti-slavery charity International Justice Mission (IJM).

«(But) group models do better because they bring survivors together as a community and help them rebuild together,» he said. «They become each other’s support system as well.»

Each March, the Valliyoorkave temple festival brings thousands of people to nearby Mananthavady town.

A celebration of the culture of indigenous people in the region, the festival was once a centre of slave trading where landowners bought so-called «tribals» to work on their lands.

Kanchana Kayama, 40, does not know if her family was bought at the festival but remembers working on a rice field during her childhood for a man her family referred to as their landlord.

«We believed that was the only life we would ever have until we were brought here and shown how to grow tea. I get my dues here and have married three of my daughters with my earnings.»

Today Kayama and her family attend the festival: a time when the plantation closes for three days so workers can celebrate.

«It is the biggest freedom for (former bonded workers) to be part of the festival,» said Sreelal V. Chinnan, a «tribal» himself and head of the new tourism tea trail at the plantation.

«They go to celebrate and spend, something their grandparents would have never imagined.»

As a newly-elected board member, Sharda Krishnan has little time to think about festivities as she tackles her to-do list.

Better equipment, more manure and bigger bonuses for workers are on the list of demands facing Krishan and her co-owners.

«I have to resolve these issues otherwise they will nag me,» she said. «Being a director is not going to be easy.»