Neither the residents of the Eastern Aegean want their islands to become human warehouses, nor can citizens of other regions be proud about what they see Greek citizens and foreigners suffering in these martyric regions. 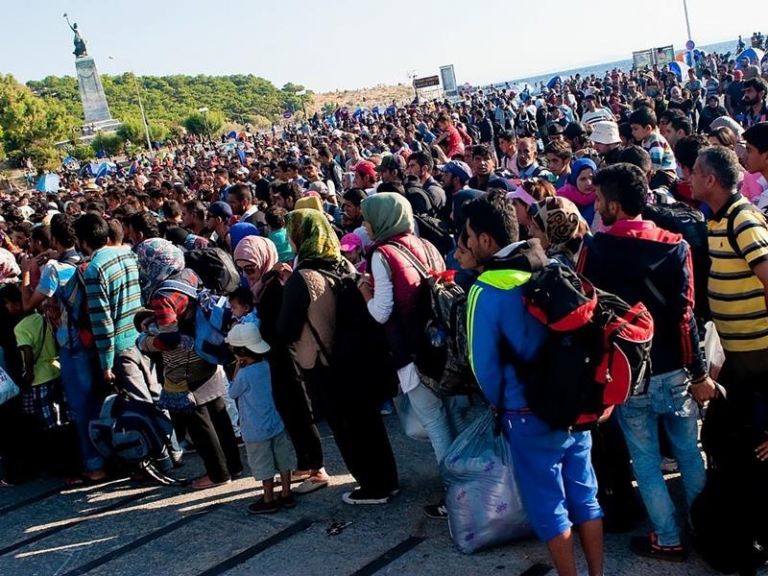 A significant problem has emerged in Vathi on the island of Samos which is hosting 7,000 refugees and migrants instead of 600 for which the facilities were created.
It is a camp that may not have drawn as much attention as Moria but it has the same miserable living conditions as Moria.

Refugees and migrants are suffering and Greek citizens there are up in arms and are demanding that a large number of them be transferred to other facilities..

If citizens are demanding of the government immediate and palpable results it is because they see that the state is not respecting the fundamental tenets of humanism.

Neither the residents of the Eastern Aegean want their islands to become human warehouses, nor can citizens of other regions be proud about what they see Greek citizens and foreigners suffering in these martyric regions.

An immediate action plan is the only answer to a continuously burgeoning problem.

TANEA Team 21 Οκτωβρίου 2019 | 21:40
Share
Δείτε επίσης
Περισσότερα άρθρα για Αγγλική έκδοση
The alternate interior minister said problems with COVID-19 self-tests will be resolved by the end of May Government poised to abolish mandatory SMD to leave home, working to solve self-test problems
If Syriza believes it can garner political gains with daily political transformations it is sorely mistaken Editorial: Political vertigo
Santander Consumer Finance begins activities in Greece
Evangelos Marinakis: Post-Covid Shipping and the Environment – Green Energy Investments
The US ambassador says Biden has “opened up a new vocabulary of cooperation” with Greece Pyatt see deeper US-Greece strategic ties under Biden administration
The case will be re-tried in the framework now set by the Council of State Bombshell Council of State ruling accepts state’s vaccine side-effect liability
May Day should be honoured with a single march each year Editorial: Unity
Transcending the collective crisis will require leadership and not troublemakers Editorial: Messages
After a six-month shutdown, workers in the restaurant business laid the tables Editorial: The first step
The government has repeatedly said that the existing framework is outdated Battle royal looms over government bill overhauling labour relations, limiting strike action
The labour trade union movement is an invaluable and irreplaceable weapon of workers An urgent need for the rebirth of the trade union movement
Editorial: The pendulum of American politics
The thirty-somethings rushed to be vaccinated for the sake of their families and their friends Editorial: Front-and-centre
The parliamentary vote on approval of the plan’s implementation is expected before Easter Editorial: Liquidity
Turkey is keenly aware of the fact that there is a new player on the geopolitical chessboard Editorial: A just act