One in five university degree holders are unemployed whereas the average in Europe is one in 20. 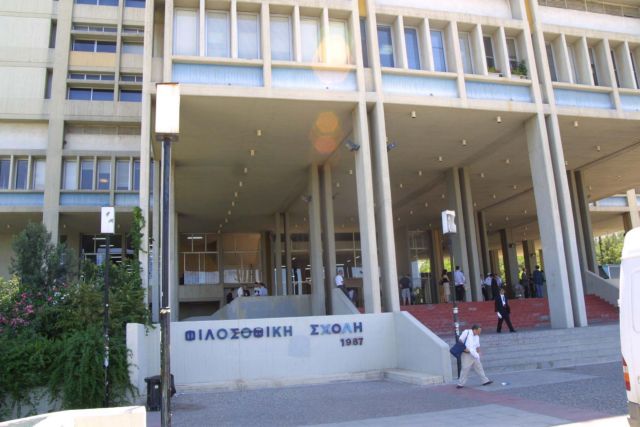 In Greece linking university education with the labour market has long been considered a heinous crime.

Much has been said and written to argue that the orientation of university studies should not be linked to professional orientation.

Proponents of this view claim that such a linkage distorts the spirit of university education because it supposedly ceases to serve the quest for knowledge and instead serves the interests of the market.

The annual report of the Independent Authority for the Ensurance and Certification of the quality of Tertiary Education (ADIP) which was published today in Ta Nea demonstrates that this is the predominant view.

The data indicate that Greece has the worst record of unemployed university degree holders in Europe.

One in five university degree holders are unemployed whereas the average in Europe is one in 20.

The difference is mind boggling.

Even though this phenomenon is due to other factors as well, it is clear that all sorts of ideological fixations have played an important role.
Those who experience unemployment are living a personal drama.

Society and the state have a duty to abandon these dysfunctions so that tertiary education may be linked to the labour market as it is in many European countries.

We owe this to the families who spend much to educate their children so that they might find a place under the sun in terms of employment.

TANEA Team 9 Οκτωβρίου 2019 | 18:02
Share
Δείτε επίσης
Περισσότερα άρθρα για Αγγλική έκδοση
Editorial: Barbarity
In times of tensions military service is viewed as a national duty Editorial: Incentives for early military service
An emotional start in taking a position on developments in the region would be catastrophic Editorial: A measured response to Israeli-Palestinian conflict
The alternate interior minister said problems with COVID-19 self-tests will be resolved by the end of May Government poised to abolish mandatory SMD to leave home, working to solve self-test problems
If Syriza believes it can garner political gains with daily political transformations it is sorely mistaken Editorial: Political vertigo
Santander Consumer Finance begins activities in Greece
Evangelos Marinakis: Post-Covid Shipping and the Environment – Green Energy Investments
The US ambassador says Biden has “opened up a new vocabulary of cooperation” with Greece Pyatt see deeper US-Greece strategic ties under Biden administration
The case will be re-tried in the framework now set by the Council of State Bombshell Council of State ruling accepts state’s vaccine side-effect liability
May Day should be honoured with a single march each year Editorial: Unity
Transcending the collective crisis will require leadership and not troublemakers Editorial: Messages
After a six-month shutdown, workers in the restaurant business laid the tables Editorial: The first step
The government has repeatedly said that the existing framework is outdated Battle royal looms over government bill overhauling labour relations, limiting strike action
The labour trade union movement is an invaluable and irreplaceable weapon of workers An urgent need for the rebirth of the trade union movement
Editorial: The pendulum of American politics