A few weeks ago, the prime minister received a study conducted by the Group of Long-Term Planning and Research regarding the “mega-currents” of the 21st century. 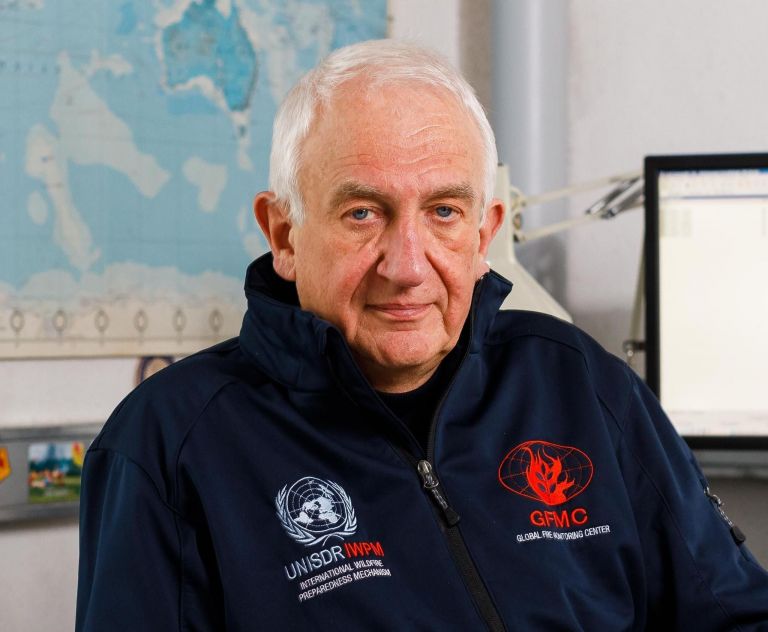 In 2018, experts had warned that the “Ippokrateios Politeia” might in the future become the fire-ravaged Mati of Parnitha, and they called for the creation of proper anti-fire zones so as to facilitate fire-fighting by fire service trucks.

Yet, they were not heeded.

In 2019, a committee headed by German Professor Johann Goldammer (photo) submitted to Greece’s Parliament Speaker a report on the deadly Mati wildfire.

As Ta Nea reports today, among the tabled proposals was the streamlining of wildfire management, a focus on prevention instead of stomping out fires, and the completion of forest maps and the reorginasation of the forest bureau. The report was left in a desk drawer.

A few weeks ago, the prime minister received a study conducted by the Group of Long-Term Planning and Research regarding the “mega-currents” of the 21st century.

The first concerned climate change. Greece, as the study indicates, will be affected intensely by the sea-level rise and that will have repercussions on tourism, infrastructure, and cities.

The current government must carefully scrutinise this study. Similarly, it should have studied from the start the Goldammer study.

It is inconceivable to now have 45 co-competent agencies for fire prevention and another 17 for putting out fires.

It is inconceivable to not have a unified National Firefighting Protection Plan.

For decades, we have been making the same mistakes.

We must at long last learn our lessons.

TANEA Team 9 Αυγούστου 2021 | 23:08
Share
Δείτε επίσης
Περισσότερα άρθρα για Αγγλική έκδοση
The EU’s adjustment of financial rules has facilitated the situation Editorial: Lessons
Editorial: The conundrum of early elections
It is common knowledge that all political parties seek the vote of Greece’s youth Editorial: Greece’s youth
In a democracy, elections cannot serve as a weapon for prime ministers Editorial: The need for electoral stability
Mitsotakis rules out any prospect of political consensus with SYRIZA
Merkel’s statement should lead us collectively to a rethinking of what happened and not reflexive indignation Editorial: The price of imprudent politics
Self-tests, contact tracing key to safe re-opening of schools Spike in COVID-19 cases expected after schools open next week
The repercussions of these illegal actions are not limited to public health Editorial: A threat to society
September has arrived, but the University Protection Groups did not keep the rendezvous Editorial: Rendezvous
Theodorakis exemplified the sacred and mystical marriage of music and poetry The Greek nation bids farewell to beloved composer Mikis Theodorakis
One must be very careful in making choices that will influence the education of future generations Editorial: The time has come for a bold ‘yes’
Hellenic Statistical Service Staikouras for GDP – Strong recovery confirmed
Destroying a minority: Turkey's September 6-7, 1955 pogrom against the Greeks of Istanbul
Addressing members of his AKP party in Rize, Erdogan accused the opposition of trying to keep Hagia Sophia closed Islamist, nationalist outburst from Erdogan on Hagia Sophia
The issue of food price hikes is decisive for maintaining social cohesion and social peace Editorial: Antidotes