Greece must at once respect our commitments and alliances with countries such as Israel while at the same time contribute to normalisation based on international law and UN involvement, 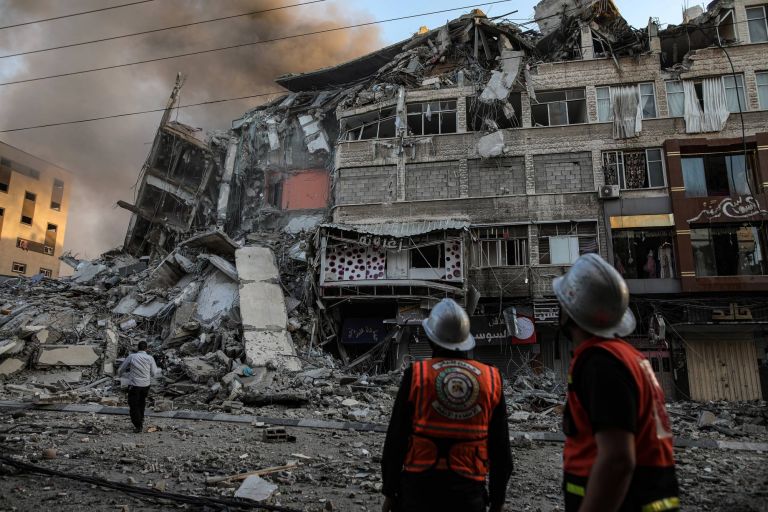 The resurgence of regional tensions, with furious Israeli-Palestinian clashes, is extremely worrisome and to some extent teaches us certain lessons.

It is worrisome because of the prospect that these clashes will spread and create cumulative instability in the broader area with a bloodbath and untold disaster, especially at a time that geopolitical fluidity combined with the pandemic can create chaos.

The situation is also didactic as regards Greek for Greek foreign policy which must be cautious. It must at once respect our commitments and alliances with countries such as Israel while at the same time contribute to normalisation based on international law, UN involvement, and peaceful rhetoric.

We are not in the 1980s or even in the 1990s. An emotional start in taking a position on developments in the region would be catastrophic and would offer nothing to the two peoples.

The equation is difficult and demands decisive mediation, agreement between the parties, and in-depth negotiations. A Manichaean or simplistic approach and verbalism do not characterise Greece’s diplomatic language.

As a member of both NATO and the EU and as a pole of regional stability Greece is obliged to monitor the situation with a mature and balanced approach.

TANEA Team 13 Μαΐου 2021 | 16:15
Share
Δείτε επίσης
Περισσότερα άρθρα για Αγγλική έκδοση
A businessman has the right to bar entry to his or her establishment of unvaccinated people Editorial: Reaching an understanding
Editorial: Privileges
The NATO Summit is bound to be newsworthy as it is Biden’s first Editorial: Lines
The government must ensure that the path toward modernisation will begin. Editorial: Changes
Covid free Kythnos island – 100% of the population vaccinated
Tourism minister in the Netherlands
There are strikes, like the one at the port, held just for the sake of declaring them Editorial: Conceptions
Ideally, we should fashion a new social and economic model for Greece Editorial: Model
The government must urgently undertake necessary initiatives to root out organised crime Editorial: Root out organised crime
COVID-19 vaccines and immunity: We are not among the lucky ones
Our era requires balances, seriousness, planning, and of course to defend one’s red lines Editorial: A coordinated foreign policy
The Turkish Foreign Minister confirms that the big goal is to convene a Mitsotakis – Erdogan meeting Exclusive Interview TO VIMA – Mevlut Cavusoglu: The “keys” for a solution
Fear could lead to slowing down the pace of appointments in the vaccine rollout Editorial: Choices
In our age, references to international law seem cliché or even something of a joke Editorial: Red lines of democracy
The UGS’s position on the recent statements made by Mr. Panos Laskaridis