Editorial: The pendulum of American politics

Domestically, Biden intends to expedite the vaccine rollout and he managed to pass through Congress a 1.9 trillion dollar package to address the economic repercussions of the pandemic. 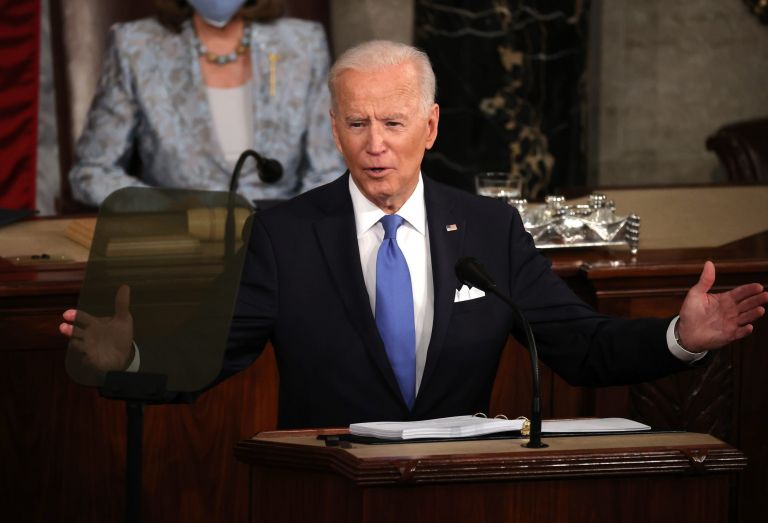 An American author said it but was true not only for her or the US.

For four years she woke up every morning and felt as if a dark cloud was descending on her and she said, “My God, Donald Trump was elected President!”

For four years she felt anxiety, frustration, and rage. Now she is calm and the nightmare is over. Although the country, like the entire planet, is besieged by the public health emergency, there has been a return to political normalcy.

Today is President Joe Biden’s 100th day in the White House. In that period, he did not just “write off” his predecessor by, for example, bringing the US back into the Paris Agreement on climate change and resuming talks with Iran on its nuclear programme.

He also made known his intentions as regards the coming year of his presidency.

Domestically, he intends to expedite the vaccine rollout and he managed to pass through Congress a 1.9 trillion dollar package to address the economic repercussions of the pandemic.

He has also tabled another 2.3 trillion dollar package for massive investment in green energy and technology.

Abroad, he restored ties with Europe and made clear to China and Russia that human rights will be high on the agenda. He also recognised the Armenian genocide with indifference about Turkey’s reaction.

Many media outlets are already comparing the US president with Franklin D. Roosevelt.

Although it is too soon for such comparisons, there are serious indications that Biden will close the cycle begun precisely four decades ago by Ronald Reagan and will become the “grandfather” of a more social democratic America.

In that sense, the pendulum of history will not return to the same point as in the Trump presidency. It is already swinging more widely. It is departing from the aim of as small a state as possible and is veering towards creating a state with smaller inequalities and greater solidarity.

Margaret Thatcher was wrong. There is an alternative solution!

TANEA Team 29 Απριλίου 2021 | 23:12
Share
Δείτε επίσης
Περισσότερα άρθρα για Αγγλική έκδοση
The alternate interior minister said problems with COVID-19 self-tests will be resolved by the end of May Government poised to abolish mandatory SMD to leave home, working to solve self-test problems
If Syriza believes it can garner political gains with daily political transformations it is sorely mistaken Editorial: Political vertigo
Santander Consumer Finance begins activities in Greece
Evangelos Marinakis: Post-Covid Shipping and the Environment – Green Energy Investments
The US ambassador says Biden has “opened up a new vocabulary of cooperation” with Greece Pyatt see deeper US-Greece strategic ties under Biden administration
The case will be re-tried in the framework now set by the Council of State Bombshell Council of State ruling accepts state’s vaccine side-effect liability
May Day should be honoured with a single march each year Editorial: Unity
Transcending the collective crisis will require leadership and not troublemakers Editorial: Messages
After a six-month shutdown, workers in the restaurant business laid the tables Editorial: The first step
The government has repeatedly said that the existing framework is outdated Battle royal looms over government bill overhauling labour relations, limiting strike action
The labour trade union movement is an invaluable and irreplaceable weapon of workers An urgent need for the rebirth of the trade union movement
The thirty-somethings rushed to be vaccinated for the sake of their families and their friends Editorial: Front-and-centre
The parliamentary vote on approval of the plan’s implementation is expected before Easter Editorial: Liquidity
Turkey is keenly aware of the fact that there is a new player on the geopolitical chessboard Editorial: A just act
Biden takes historic step to recognise Armenian Genocide