It is now necessary for the state to see the bigger picture, such as making a subterranean PPC electrical grid so as not to keep the grid exposed to increasingly harsh weather. 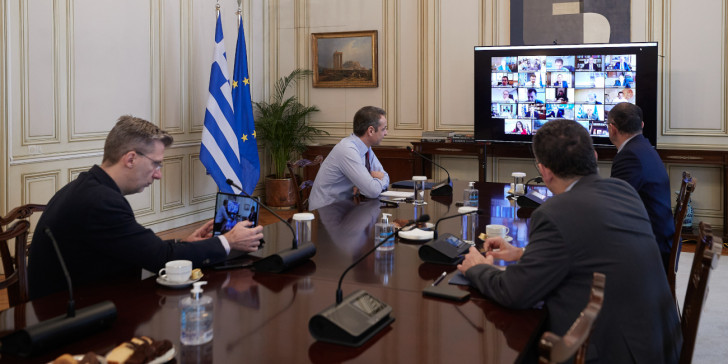 The snow from the storm named Medea has already melted on the sidewalks of Athens’ northern suburbs.

Yet they are full of trunks from fallen trees that remind residents of the difficult if not nightmarish days they experienced last week due to a single snowfall.

One faced the inability of competent authorities to communicate and the blame game at all levels of the bureaucracy.

State organisations, services, and elected officials were passing the buck between them by exploiting the diachronic dysfunction of overlapping jurisdictions that allow anyone to claim they are not competent for the powers that others say they have.

The prime minister said that his government will put an end to all this.

“We shall manage it centrally with draft legislation that will be tabled in Parliament by the interior ministry,” he declared.

Many governments in the past have undertaken this commitment so it is crucial that it materialise this time. The state has a duty to take action and not let its promises remain a dead letter.

A framework law is a step in the right direction but the passing of the bill on its own does not suffice. It must be implemented.

It is now necessary for the state to see the bigger picture, such as making a subterranean PPC electrical grid so as not to keep the grid exposed to increasingly harsh weather due to climate change and to the human nature of some people who see their omissions as a mere mishap on their watch.

TANEA Team 22 Φεβρουαρίου 2021 | 23:03
Share
Δείτε επίσης
Περισσότερα άρθρα για Αγγλική έκδοση
The overturning of Roe v. Wade turns the clock back 50 years for American women. Editorial: Back and forth
Thymios' statement - “I no longer trust people.” – is a punch in the gut. Editorial: A punch in the gut
Editorial: Audits of politicians' wealth
Mario Draghi has a prominent position in the EU architecture Editorial: Alliance
After a certain point, the necessary caution is a matter of personal responsibility Editorial: COVID-19 and personal responsibility
Extremists still constitute a threat Editorial: Threat
A consciously responsible stance is needed Editorial: Maintaining COVID-19 alertness
The late PM Constantine Karamanlis famously said, 'We belong to the West' Editorial: Contradictions
The end of EU enhanced fiscal supervision signals the exit from the tunnel Editorial: Breakthroughs
Head of Greek Pomaks’ Association rips into Erdogan’s revisionist expansionism
All Greek governments since Andreas Papandreou's demanded the return of the Marbles Osborne: ‘Deal to be done’ on sharing Parthenon Marbles
All efforts toward a radical resolution of the refugee problem have failed Editorial: The end does not justify the means
France's centrist forces are rallying behind President Emmanuel Macron Editorial: The political centre
The Germans are returning, this time not to impose their will but to cooperate Editorial: Greece as a bridge between Western Balkans, EU
The demographic crisis must be managed swiftly Editorial: Demographic crisis