A sense of measure is what is needed in these critical hours and that objective can only be achieved if everyone participates. No system can survive if society loses its sense of measure. 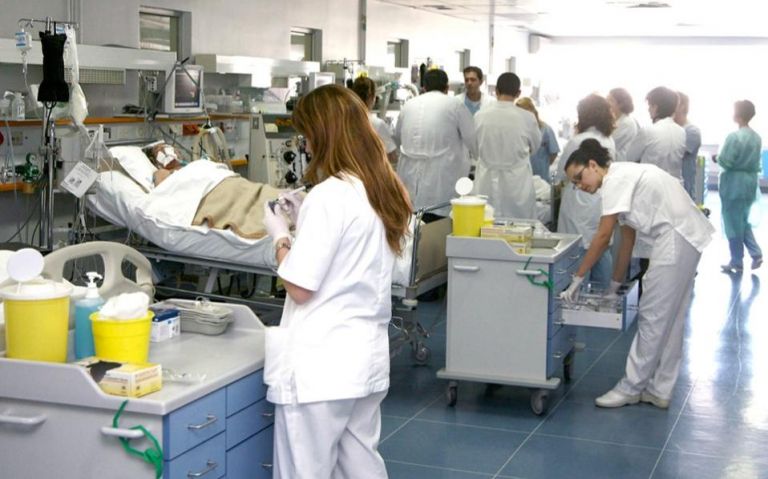 The danger of Greece having a COVID-19 outbreak such as that in neighbouring Italy is real.

With the number of cases rising daily the objective now is to limit the spread as much as possible.

That can happen if the system and society are not led to extremes and are not led astray by indifference on the one sided and panic on the other.
‘Both harm Syria equally’ as the poet Cavafy wrote.

Responding with indifference would mean that the guidelines are not being followed or at least that they are implemented selectively which again means they are being violated.

Panic would be a terrible test of the endurance of the system, which is already being battered by both the huge 10-year economic crisis and by the system’s chronic dysfunctions.

Indifference and panic would threaten even a collapse of the system.

A sense of measure is what is needed in these critical hours and that objective can only be achieved if everyone participates.

No system can survive if society loses its sense of measure.

No society can stand on its feet if the system fails to give a sense of measure.

In that regard there are many lessons to be learned from neighbouring Italy.

TANEA Team 9 Μαρτίου 2020 | 22:31
Share
Δείτε επίσης
Περισσότερα άρθρα για Αγγλική έκδοση
A businessman has the right to bar entry to his or her establishment of unvaccinated people Editorial: Reaching an understanding
Editorial: Privileges
The NATO Summit is bound to be newsworthy as it is Biden’s first Editorial: Lines
The government must ensure that the path toward modernisation will begin. Editorial: Changes
Covid free Kythnos island – 100% of the population vaccinated
Tourism minister in the Netherlands
There are strikes, like the one at the port, held just for the sake of declaring them Editorial: Conceptions
Ideally, we should fashion a new social and economic model for Greece Editorial: Model
The government must urgently undertake necessary initiatives to root out organised crime Editorial: Root out organised crime
COVID-19 vaccines and immunity: We are not among the lucky ones
Our era requires balances, seriousness, planning, and of course to defend one’s red lines Editorial: A coordinated foreign policy
The Turkish Foreign Minister confirms that the big goal is to convene a Mitsotakis – Erdogan meeting Exclusive Interview TO VIMA – Mevlut Cavusoglu: The “keys” for a solution
Fear could lead to slowing down the pace of appointments in the vaccine rollout Editorial: Choices
In our age, references to international law seem cliché or even something of a joke Editorial: Red lines of democracy
The UGS’s position on the recent statements made by Mr. Panos Laskaridis