Editorial: A return to the past

Mr. Tsipras declared that, “We are the par excellence party of self-criticism.” Yet, he acknowledged no errors and offered no indication that he has abandoned his populist past. 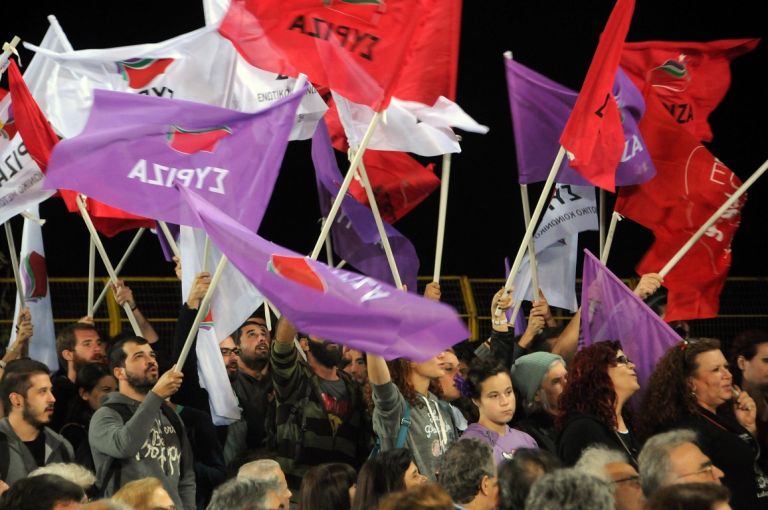 In his keynote address and major news conference at the Thessaloniki International Fair over the weekend, main opposition SYRIZA leader Alexis Tsipras demonstrated that he has learned nothing from his party’s stinging defeat in the 2019 general elections.

He declared that, “We are the par excellence party of self-criticism.” Yet, he acknowledged no errors and offered no indication that he has abandoned his populist past.

Unrepentant, he once again unleashed charges against the government and announced handouts.

Even his slogan “New Beginning” was expropriated from PASOK, as was the green colour of the background when he was delivering his speech, and his closing phrase, “So that we can raise the sun above Greece”.

Meanwhile, he is a champion in the area of demolition. He pledged that if he comes to power he will return to the past. He said that he will rescind a number of laws passed by the current government, including Kostis Hatzidakis’ new labour law, and that he will reinstate the old, low minimum grade for university admissions.

Mr. Tsipras, however, is not good at synthesis and building. His stated pledges were vague, contradictory, and not costed.

As for his commitment that he will form a “progressive government”, it comes across as provocative when coming from a person who for four years ruled with the (right-wing populist) Independent Greeks party as his junior coalition partner.

Alexis Tsipras underlined that SYRIZA is a party in motion.

It does indeed move in various directions, even toward the 4.13 percent of the popular vote with which SYRIZA started out years ago.

TANEA Team 20 Σεπτεμβρίου 2021 | 17:16
Share
Δείτε επίσης
Περισσότερα άρθρα για Αγγλική έκδοση
The letter stresses US support for Athens’ dialogue with its neighbours Blinken underlines US ‘respect for sovereignty and territorial integrity’ in letter to Mitsotakis
The strategic dialogue was launched in Washington in December, 2018 US-Greece strategic dialogue covers all levels of bilateral, regional, international cooperation
The main duty of the state is to protect the lives and property of citizens Editorial: Prevention
Cyprus to brief permanent members of UN Security Council on Turkey's moves to re-open Varosha
She is a bright example of a politician who fearlessly and boldly is confronting her new challenge Editorial: Fofi, stand strong!
The enormous August wildfires prepared us for the fires of the future Editorial: Everything must come to light
We must discuss solutions refugees may provide for the productive process Editorial: Contributing to society
Greece is a pole of stability in the region and is a member of both NATO and the EU Editorial: Geopolitical opportunities
The original agreement in 1990 had an eight-year duration Exclusive interview with FM Nikos Dendias: ‘The US recognises Greece’s strategic position’
Apostolakis dodged a question on whether he plans to run on SYRIZA’s ticket Former SYRIZA defence minister supports procurement of French Belharra frigates
In health matters as in politics, along with coercion there is also prevention Editorial: The far right-anti-vaxxers osmosis
Editorial: Supply and demand
Concerns over a potential rebound of Golden Dawn followers are widespread Editorial: The duty to combat the far right
Turkey pushes the envelope in the Eastern Mediterranean sending warships to Cyprus’ EEZ
Athens University's Applied Evolutionary Virology Group led the study Greek team leads research on role of millions of years old ‘dark genome’ in severe, long-term COVID