Editorial: Changes in the Church

The education ministry (which has church-state relations) has proposed that a university degree be the precondition for paying the salaries of a clergymen (in Greece they are paid by the state). 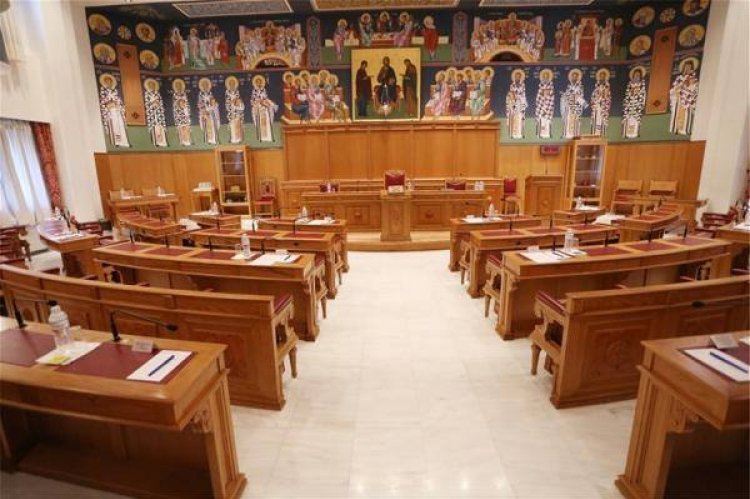 The demand for the modernisation of an institution as ancient as the Church may have seemed irrational until recently.

However, last week’s news about a priest’s attack on bishops with vitriol at Athens’ Petraki Monastery (home to the Holy Synod of the Orthodox Church of Greece) and other news has had a dramatic impact on how one views its inner workings.

Now, even voices within the Church are demanding changes to some elements of the status quo so that it may adapt to the spirit and needs of our times.

The law regarding Church courts must be improved. After all, it was passed into law in 1932.

The preconditions for the ordination of clergy are antiquated. The examination of those who seek to become priests is deficient, as it depends only on one or two individuals.

The Church and State have a duty to cooperate on ironing out all the problematic issues that the 37-year-old priest who attacked the bishops brought to the fore – obviously unintentionally.

The education ministry (which has church-state relations under its purview) has proposed that the precondition for paying the salary of a clergyman (in Greece the clergy are paid by the state) be that he have a university degree.

That provision is included in draft legislation that is to be tabled in Parliament imminently and it is a step in the right direction, but obviously both sides must do more.

The selection process for people seeking ordination must guarantee that they meet certain criteria that will allow them to meet the obligations of a crucial position.

Worldly power must also have a say in Church affairs to some extent, not in order to control, it but rather to help it enter a new, more open era.

TANEA Team 28 Ιουνίου 2021 | 15:50
Share
Δείτε επίσης
Περισσότερα άρθρα για Αγγλική έκδοση
Editorial: Everything is in flux
Greek rower Stefanos Ntouskos wins Olympics gold medal, breaks Olympic record
Dilemmas
Unhindered and without external influence, the judiciary must do its duty Editorial: The vindication of #MeToo
AHEPA honors Greek PM Mitsotakis, Cyprus President Anastasiades and shipowner Marinakis
SΕΤΚΕ: 50% discount for accommodation of members of the Hellenic Nurses Association
Greek society does not want any more division Editorial: The bane of toxic politics
Olympic Games: Lefteris Petrounias is pursuing the first Olympic “repeat” in the still rings after 1972
Fire in Stamata, Rodopoli, and Dionysos: “We heard four gas canisters explode”
Educators will be hired to serve in permanent positions in order 'to establish new, upgraded schools' Editorial: Upgrading
Editorial: Feat
For long overdue town planning reform to succeed, we must all actively cooperate Editorial: We must not forget the Mati disaster
Editorial: The 'most complex' Games
Editorial: Proud
The first Mercure in Greece, opens its doors in Rhodes