Editorial Ta Nea: The tribulations of the Greek centre-left

Successor, the Movement for Change, instead of playing a leading role in public life is bedeviled by internal clashes and personal ambitions. 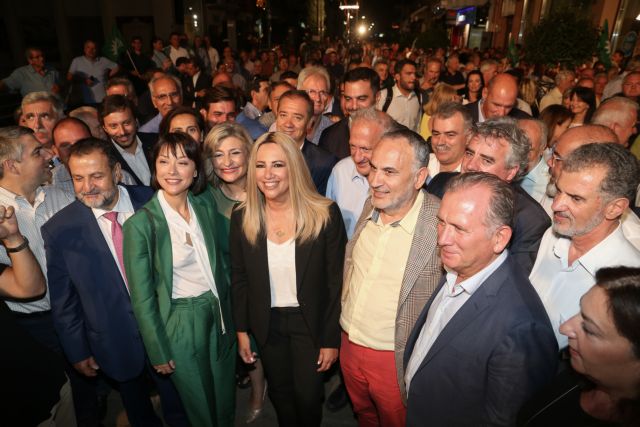 Forty-five years since the founding of socialist Pasok, which became the exponent of progressive-democratic politics, it is not the best of times for the party.

Its successor, the Movement for Change, instead of playing a leading role in public life is bedeviled by internal clashes and personal ambitions.

Undoubtedly the centre-left party paid a heavy, dispoportionate price for the economic crisis.

Yet, despite its errors it also played a key role in keeping Greece in the EU.

Efforts over the last years to restructure the party were ineffective and failed to persuade citizens and its current leader bears her share of responsibility.

The centre-left for decades dominated Greek politics because its pluralistic approach managed to draw together various political viewpoints and currents and to balance personal ambitions.

It managed to merge and place on a common path those in the centre-left, centrist Social Democrats, and old leftists.

This legacy of peaceful co-existence was lost during the tumult of the crisis as it was undermined by personal ambitions and jockeying for position.

Although in national politics the popularity of the centre-left has greatly declined, recent local elections showed that it retains strong bonds with society.

With festering political battles from the past and personal vendettas rocking the party there is a clear danger of it being absorbed by the right or the left.

No political party can afford to be held hostage to the past and rest on its laurels because that way it has no future prospects.

Without a contemporary political message, without a plan for the country, without bold and daring interventions that address contemporary challenges (without repeating outdated stereotypes) no party however deep its roots can pursue a dominant political position.

With the current public clashes and with the choices of the party’s leader the centre-left is undermining its future.

The country needs a centrist party that can contribute to stability and offer prospects for the future.

The question is whether the leadership and cadres can create the conditions for that to happen.

As long as personal clashes and ambitions are placed above the party, those who wish to supplant it will marginalise it.

TANEA Team 4 Σεπτεμβρίου 2019 | 18:20
Share
Περισσότερα άρθρα για Αγγλική έκδοση
The message to those who refuse to be vaccinated is that vaccines are necessary and secure Editorial: Readiness
A crucial parameter is whether the punishment will be proportional to the heinous crime Editorial: Strict punishment
Editorial: A calculated diplomacy
It is the duty of the government to immediately coordinate with the expert committee Editorial: Clarity
Greece's demographic problem is complex and requires political solutions Editorial: Anachronism
A businessman has the right to bar entry to his or her establishment of unvaccinated people Editorial: Reaching an understanding
Editorial: Privileges
The NATO Summit is bound to be newsworthy as it is Biden’s first Editorial: Lines
The government must ensure that the path toward modernisation will begin. Editorial: Changes
Covid free Kythnos island – 100% of the population vaccinated
Tourism minister in the Netherlands
There are strikes, like the one at the port, held just for the sake of declaring them Editorial: Conceptions
Ideally, we should fashion a new social and economic model for Greece Editorial: Model
The government must urgently undertake necessary initiatives to root out organised crime Editorial: Root out organised crime
COVID-19 vaccines and immunity: We are not among the lucky ones