The government exceeded primary surplus targets by taking from the many so as to hand out electoral benefits to the few. 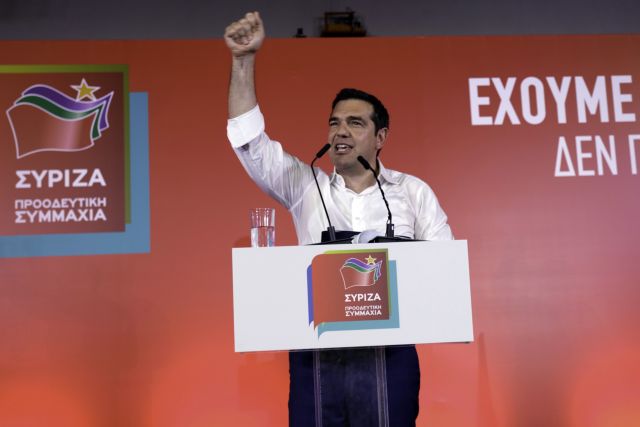 “The benefits are being given with money that is not available,” a European Union official told Ta Nea regarding Prime Minister Alexis Tsipras’ new economic stimulus package, which combines tax cuts and benefits.

The statement indicates that there is a real danger of a fiscal derailment for which Greeks citizens will be called upon to foot the bill many times over.

The threat is very specific as European sources say that the package will cost one billion euros, which can only be covered with painful new structural measures.

This is imprudent and cynical politics. The government exceeded primary surplus targets by taking from the many so as to hand out electoral benefits to the few, thereby creating a budget hole that can only be covered by milking everone, even those who were offered a fleeting benefit which they will have to pay back with interest.

Just days befor the elections the government is essentially distributing to voters shell beads and mirrors at an exorbitant cost.

One is dealing with a ruthless political calculus. The government knows that it cannot avert defeat with these benefits so it is simply trying to limit the magnitude of its defeat. It knows that the next government will inherit the hot potato.

Such tactics are politically dishonest and socially unacceptable.

The fact is that regardless of whether the current or the next government will have tp pay the political cost of these measures, it will be the citizens who will have to pay out of pocket. It is they who always pay the piper.