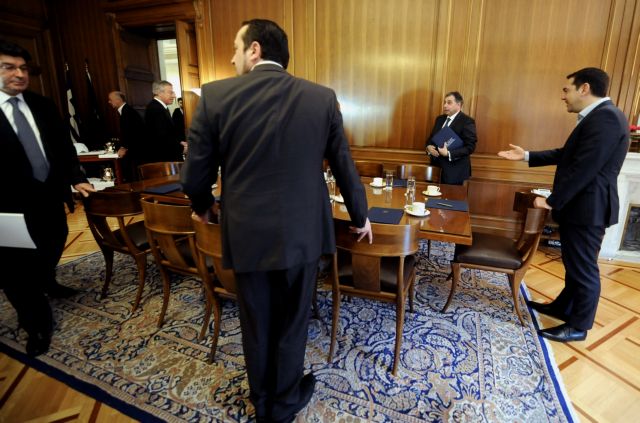 Justice is quite rightly blind, but it is impermissible for it to be deaf.

The earsplitting revelations about the “friend” of a top minister and his ties to the Prime Minister’s office should have already been heard and duly noted by the judiciary.

Judicial functionaries must have heard about the charges of the former CEO of the Public Gas Corporation of Greece (DEPA) regarding the visits he received from the “friend” of the minister in his capacity as an envoy of the government.

Can just any private citizen introduce himself right and left as “the man of the prime minister’s office”? Can just anyone speak of providing facilitation to businessmen and use a photograph of himself at the podium of the PM’s Maximos Mansion office as a professional calling card?

Should not competent authorities question and investigate the money trail of the sudden and meteoric rise of this individual? Doesn’t his stubborn silence – if indeed it is his own decision and not imposed on him by others – raise any concerns?

The government, through the said minister, attempted to downplay the affair. Moreover, it was occasion for the PM to unleash yet another attack on the media that are not to the liking of his government.

That is of no import for the press, which must continue to do its job by investigating this dark affair, just as any efforts by government authorities to manipulate the judiciary cannot influence its functioning.
Indeed, justice is blind, but it is neither deaf nor timid.