In dismissing snap elections, the PM expressed his trust in the public, which is facing difficulties in making ends meet but knows that Vladimir Putin is responsible and not Mitsotakis. 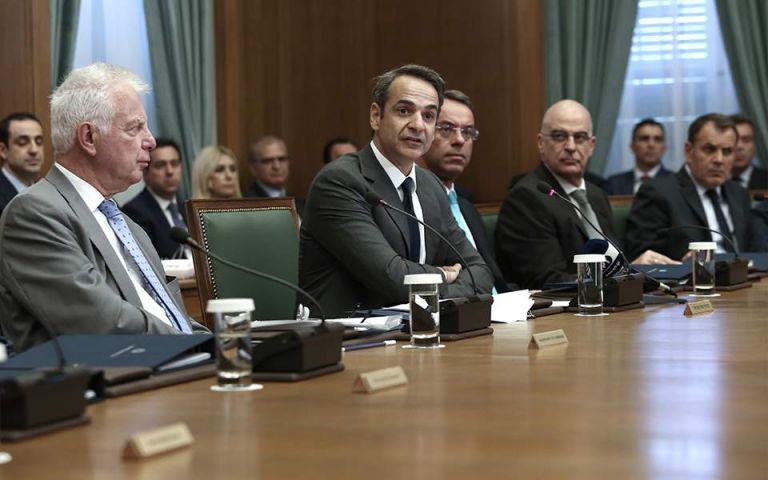 The prime minister would have had many reasons to call early elections, or at least to leave open the prospect for the immediate future.

As long as the war in Ukraine continues and the European economy is being tested, the fatigue and aggravation of the public will grow and the temptation of seeking left-wing or right-wing populist solutions will become more intense.

Moreover, the rampant rumours of snap elections over the last many months, for which the opposition is mainly responsible, had led many ministers to neglect their jobs and focus on their re-election campaigns.

If one adds to that the difficulty of forming a government with the current proportional representation electoral law, it is not odd that many have advised Prime Minister Kyriakos Mitsotakis to expedite the process.

He chose, however, to remain faithful to his 2019 campaign pledge, which he has often repeated, to serve out his full, four-year term.

In so doing, he expressed his trust in the public, which is facing difficulties in making ends meet but knows that Vladimir Putin is responsible and not Mitsotakis.

Citizens also have not forgotten how, with the referendum on the last bailout memorandum in July, 2015, then PM and current opposition leader Alexis Tsipras, who is now strictly judging everyone and everything, led the country into a dangerous adventure.

A factor that weighed heavily in the PM’s decision to carry on is the unpredictable nature of Turkish President Recep Tayyip Erdogan, who could try to exploit a transitional period in Greek politics to ratchet up tensions in the Aegean or Cyprus.

Naturally, maintaining political stability and decisiveness on a national level is the best way to confront such dangers.

The prime minister thus assumed the political risks and cost of leading the country through a difficult winter.

Now, the time has come for opposition parties to pass the test of political responsibility, so that in spring citizens can make their decisions without fear and passion, and above all based on a rational assessment of the realities.

TANEA Team 9 Ιουλίου 2022 | 21:41
Share
Δείτε επίσης
Περισσότερα άρθρα για Αγγλική έκδοση
Resignations are not enough, nor would a cabinet reshuffle or snap election suffice Editorial: Transparency now!
Citizens seek persuasive solutions to the problems of daily life Editorial: Restoring trust in political parties
Last year in Greece there were 17 femicides Editorial: An urgent wake-up call
Stavros Psycharis never allowed himself to become subjugated. He never censored. Editorial: The death of a journalist
Psycharis He began his long career at the Lambrakis Press in 1972 Renowned journalist, publisher, entrepreneur Stavros Psycharis has died age 77
It is inconceivable for the average citizen to be defenceless amidst major economic trials Editorial: A model programme
Greece now has experience and an enhanced plan of deterrence Editorial Ta Nea: Maintaining composure
'I truly feel that the future of humanity is dark' God at Ground Zero: How a Mount Athos monk fit 9/11 into Byzantine iconography
Hatzidimitriou shattered the stereotype that women are not good at maths Editorial: Worthy role Models
A great reform was necessary but seemed unfeasible0 Editorial: Modernisation of the state
Editorial: The need for an in-depth investigation
Justice delayed is justice denied Editorial: Swift justice
A revival of populism is exploiting the natural anxieties of citizens Editorial: President Katerina Sakellaropoulou's message
Editorial: Mandatory reforestation after the wildfires
The EU is already facing adverse conditions due to the war in Ukraine Editorial: The major crisis the EU faces and the great leap forward