Greece has a duty to staunchly declare that it is a member of the EU and of NATO, and a constant, stabilising factor in the Southeastern Mediterranean, in contrast with Turkey. 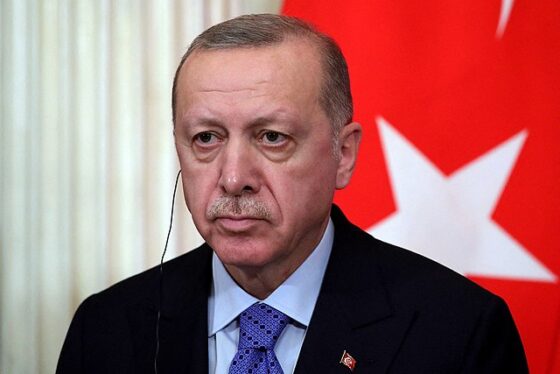 The continuously deepening economic and monetary crisis in Turkey is not and will not be painful only for its people.

Not only with Erdogan and the neo-Ottoman dogma that he follows, but also historically, Turkey in every domestic crisis has proven that that it shifts and shapes it into a dangerous, extroverted stratagem which often imperils neighbouring countries

Another equation we must keep in mind is on the one hand the huge inflation and impoverishment of more vulnerable social groups in Turkey, and on the other hand the refugee crisis and the instability of the “Erdogan system”, ahead of elections in 2023.

That explosive mixture creates a multi-faceted risk geopolitically as well, given the fact that Turkey has open fronts at nearly all its borders.

This entire revisionist stance is bolstered by an unclear and unstable handling of Turkey by a series of powers – except for France, of course – and by a more broadly fluid situation that allows Erdogan to transform his domestic crisis into threats, contributing to the false dogma of the cohesion of his nation state.

All this must not be overlooked by our country, which has a duty to staunchly declare that it is a member of the EU and of NATO, and a constant, stabilising factor in the Southeastern Mediterranean, in contrast with Turkey.

TANEA Team 24 Νοεμβρίου 2021 | 18:33
Share
Δείτε επίσης
Περισσότερα άρθρα για Αγγλική έκδοση
We see irresponsible behaviours and an attitude that the virus is no longer with us Editorial: Behaviours
The virus recognises no geographical borders Editorial: Nobody is safe
Delays and foot-dragging have long led even to the denial of justice Editorial: Expediting justice
Erdogan’s insistence on keeping interest rates low led him to fire three central bankers Editorial: Turkey’s lonesomeness
Nobody has the right to deny their share of responsibility in the common effort Editorial: Joining forces to confront the pandemic
Of intubated patients, 83 percent are unvaccinated or partially vaccinated EODY: 105 COVID-19 deaths, 7,287 infections confirmed in the last 24 hours, 608 intubated
We must continue to insist that the state is obliged to be citizen-friendly Editorial: 'Guinness World Record'
Behind Lukashenko stands Putin, who backs and assists him Editorial: European sovereignty
The pandemic is an issue of life and death, and the protection of public health is a common aim Editorial: Consensus on managing the pandemic, even at the last minute
The measures announced are tantamount to an at least partial lockdown on the unvaccinated Mitsotakis announces partial lockdown on unvaccinated citizizens, tougher enforcement
Greece accuses Sanchez of ignoring EU decisions after agreement to sell aircraft carrier to Turkey
Anti-vax lawyer arrested for dissemination of fake news on COVID-19, then released
Adjustment to contemporary conditions and conceptions is necessary Editorial: Modernisation of the Church
KINAL is nearly or even over ten percent in all opinion polls Editorial: Opportunity for the Greek centre-left
Suspension of Najla Mangough: What Does it Mean?