Introversion, moderation, and cautiousness are the basic elements that always characterised the outgoing chancellor, according to a biography that will soon be available in Greek. 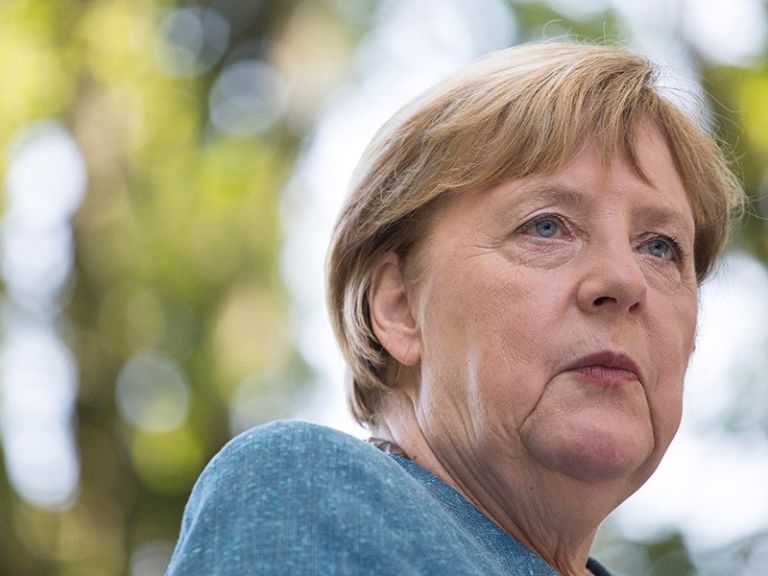 When Angela Merkel was studying physics at Karl Marx University in Leipzig in the 1970s, she certainly could not have imagined that one day she would be called the leader of the free world and that she would be asked to find compromise solutions between the conservative Calvinism of her compatriots and the more relaxed way of life of the citizens of Southern Europe.

Introversion, moderation, and cautiousness are the basic elements that always characterised the outgoing chancellor, according to a biography that will soon be available in Greek, and excerpts from which the weekend edition of Ta Nea is publishing exclusively.

These characteristics contributed decisively to her remaining in power for 16 years. They prevented her, however, from displaying decisiveness when she should have during the financial crisis during the past decade.

“You have to take action, you are the queen of Europe!” Barack Obama told her in Cannes in 2011. “I can’t. They call me the queen of austerity,” she replied, with a tinge of bitterness.

Four years later, she was persuading Alexis Tsipras that austerity was the only path and that Greece should remain in the EU.

Merkel is leaving power without triumphant declarations and without self-delusion.

When asked which was the toughest moment in her tenure she replied earnestly “when I demanded so much of the Greeks”. Asked what she would like future history books to say about her, the response was “that I tried”.

Were those efforts crowned with success?

Nevertheless, Europe is stronger. The post-pandemic recovery package, which Merkel adopted albeit with difficulty by persuading the “parsimonious” to follow suit, promises more prosperity and greater justice.

Whether that promise will be fulfilled no longer depends on her.

TANEA Team 2 Οκτωβρίου 2021 | 15:23
Share
Δείτε επίσης
Περισσότερα άρθρα για Αγγλική έκδοση
Meetings with President Katerina Sakellaropoulou, Archbishop Ieronymos Pope Francis to visit Cyprus, Greece in December
Evangelos Marinakis on CPLP’s bond listing at the Athens Stock Exchange: “Green investments are the future”
Washington concerned about religious freedom of the patriarchate in Turkey Vartholomeos has one-hour meeting with Biden: Religion, rights, and geopolitics on US visit
What a great thing it is to be fighting for your life even as you battle for the common good! Editorial: Standing tall
It is the greatest foreign policy crisis in Erdogan's 19 years in power Following domestic, international uproar Erdogan backs off on expulsion of 10 Western ambassadors
The UN Secretary has warned that humanity is already in a state of emergency Editorial: A duty towards our children
'The UK played a decisive role in achieving Greece’s independence' FM Nikos Dendias: Greece-UK bilateral cooperation agreement to include defence and security issues
Vartholomeos has fervently pursued inter-faith dialogue with the Muslim and Jewish faiths Religion, rights, and geopolitics on Vartholemos' US visit, meetings with Biden, Blinken, Pelosi
At Greek universities progress is battling regression. Editorial: Two worlds
Editorial: Opportunity
Angela Merkel – In Athens on October 28 and 29
If the pandemic is checked, we can hope for much better days Editorial: Turning point for Europe
Record-breaking over-subscription for CPLP bond issue
We have a duty to ensure for families a network of protection in our schools. Editorial: Maintaining balances
We have the power to leave behind this unprecedented crisis. Editorial: Exiting the pandemic