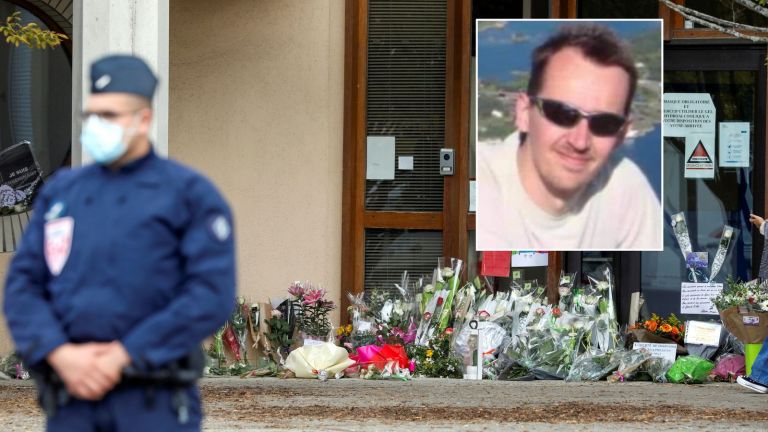 In the name of Islam a French teacher, Samuel Paty, was murdered in a most gruesome manner by a jihadist who decapitated him.

Such a heinous crime does not represent Islam. The religion with two billion followers globally does not preach violence, fanaticism, and the annihilation of infidels.

After the international “Je Suis Charlie” phenomenon that followed the 2015 attack by Islamists on journalists at the offices of the weekly magazine Charlie Hebdo, the resounding slogans throughout France today are “Je Suis Prof” (I am a teacher). and "Je Suis Samuel".

Meanwhile, French teachers are declaring that they will continue to “instruct students in difficult subjects”.

That, after all, is the purpose of democracy – to encourage dialogue, critical thought, and the right to freely disagree.

Freedom of speech is the quintessence of democracy and that is what extremists who seek their identity in religion are targeting.

At times they operate through organisations such as the Islamic State and other times as loose cannons.

Whatever forms their actions may take, they are destined to fail either through persuasion or coercion.

Armed with the rule of law, democracy is capable of defeating any enemy.

TANEA Team 19 Οκτωβρίου 2020 | 23:03
Share
Δείτε επίσης
Περισσότερα άρθρα για Αγγλική έκδοση
Mitsotakis underlined Greece’s crucial geostrategic position PM Kyriakos Mitsotakis’ historic speech to Joint Session of US Congress (full text)
A party without self-criticism and renewal cannot move forward Editorial: Political parties transforming
Greece’s role as an energy hub must be emphasised Editorial: Opportunities
Mitsotakis-Biden talks: Greek-Turkish relations, the war in Ukraine, wayward Turkey’s new role in NATO
It is not in Greece’s interest for Turkey to be isolated or humiliated Editorial: Opportunity
The Marshall Plan prioritised rebuilding export capacity How should a Marshall Plan for Ukraine work?
Drop in COVID-19 deaths - number of infections, intubated patients stable, hospital admissions rise
Policing of universities is an unpleasant but necessary measure Editorial: No excuse
A strict price inspections policy is needed to curb untrammelled price hikes Editorial: Dealing with inflation
Editorial: Axes
Ta Nea has repeatedly called for decisive action Editorial: University police force plan on the back burner
Everything depends on how the social media are used Editorial: Words
SYRIZA’s gains in 2012 were a Pyrrhic victory. Editorial: Populism
There will be a 600 euro cap on the rebate Amidst uproar over skyrocketing energy costs, Mitsotakis announces rebates for households
This is the 12th anniversary of the deadly arson attack Editorial: Radio silence