Even if one accepts the contention that the left-wing government did not intentionally tailor the Criminal Code to benefit Golden Dawn, Syriza has yet to convincingly answer the charge that it was well aware of the repercussions 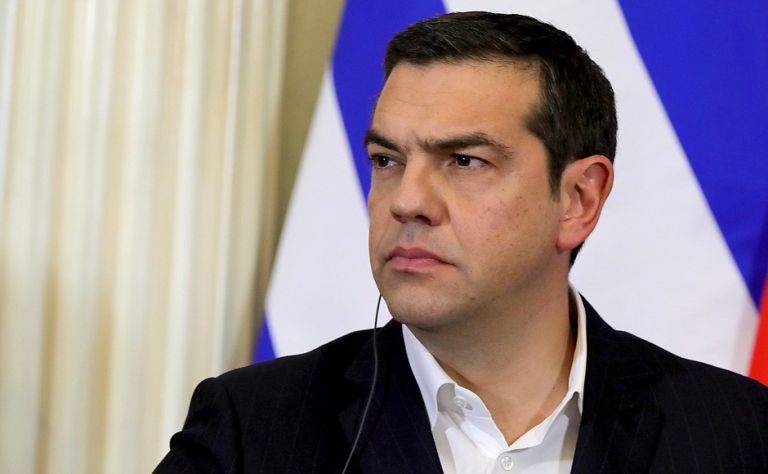 A former justice minister in the former left-wing Syriza government resigned from the party’s Central Political Committee and accompanied his move with damning accusations that the government in which he served bears political responsibility for the changes in the Criminal Code - which it voted for in Parliament - as some of its articles lead to reduced sentences for those convicted for the actions of Golden Dawn.

These charges sound unrealistic when lodged against people who for days have been touting their anti-fascist struggles.

The ex-minister stated clearly that despite the warnings from many quarters, Syriza chose to make amendments to the Criminal Code which it knew would in the end benefit Golden Dawn leader Nikos Michaloliakos and his head honchos.

This is not merely and internal party affair as it raises serious issues about how institutions function.

Even if one accepts the contention that the left-wing government did not intentionally tailor the Criminal Code to benefit Golden Dawn – as its political opponents charge – Syriza has yet to convincingly answer the charge that it was well aware of the repercussions of these articles and yet displayed glaring indifference.

The debate that was triggered yesterday by the conviction of Golden Dawn as a criminal organisation once again highlights the grey zones in which Mr. Tsipras’ government operated.

It reveals its political acrobatics and the games it played with institutions, which it often tried to exploit in order to reap petty partisan gains.

Finally, it reveals the hypocrisy of the party’s declarations of respect for those institutions.

TANEA Team 9 Οκτωβρίου 2020 | 19:07
Share
Δείτε επίσης
Περισσότερα άρθρα για Αγγλική έκδοση
Turkey and Greece are moving in opposite directions Editorial: Turkey's dangerous games
The Ukrainians are fighting on home turf and have very high morale Dinner with Zelensky: the character of a Ukrainian hero
The PM is also mulling a substantial cabinet reshuffle Mitsotakis no longer rules out early elections, possible autumn dates floated
Editorial: A scourge at our schools
When time is of the essence, the government has a duty to act Editorial: It is high time for reforms
Mitsotakis underlined Greece’s crucial geostrategic position PM Kyriakos Mitsotakis’ historic speech to Joint Session of US Congress (full text)
A party without self-criticism and renewal cannot move forward Editorial: Political parties transforming
Greece’s role as an energy hub must be emphasised Editorial: Opportunities
Mitsotakis-Biden talks: Greek-Turkish relations, the war in Ukraine, wayward Turkey’s new role in NATO
It is not in Greece’s interest for Turkey to be isolated or humiliated Editorial: Opportunity
The Marshall Plan prioritised rebuilding export capacity How should a Marshall Plan for Ukraine work?
Drop in COVID-19 deaths - number of infections, intubated patients stable, hospital admissions rise
Policing of universities is an unpleasant but necessary measure Editorial: No excuse
A strict price inspections policy is needed to curb untrammelled price hikes Editorial: Dealing with inflation
Editorial: Axes