Editorial: Emerging stronger from the crisis

It would be a singular feat of self-deception if one were to believe that we can get through this crisis unscathed, yet each of us can strive to minimise the cost to the extent possible. 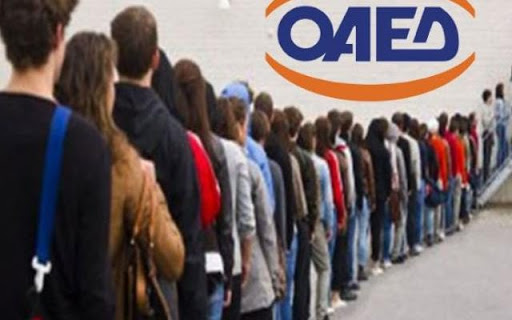 The cost of the public health crisis with which Greece is confronted is plainly obvious on various levels.

Above all is the cost in human like as Covid-19 has claimed over 50 lives in our country and other countries have registered thousands.

Then there is the social cost as every crisis tests the endurance of a society.

Last but not least is the economic cost.

This will be a year of deep recession for the Greek economy.

The unemployment rate in Greece will rise.

It would be a singular feat of self-deception if one were to believe that we can get through this crisis unscathed, yet each of us can strive to minimise the cost to the extent possible.

Every life is sacred.

Yet is one thing for a nation to mourn tens of thousands of lives and another to mourn thousands.

On the economic front as well there will be a heavy toll.

The smaller the number of people who are left jobless, the easier it will be for the state to offer support and for them to be hired in a new job.

The battle to minimise the cost of the crisis must therefore be won because that is critical in achieving the aims of emerging stronger and with greater self-confidence, of developing trust in state institutions, and of nurturing a sense of social solidarity when it blows over.

To achieve all that there must be a perfectly clear understanding that battles are won when we are united against the common enemy.

TANEA Team 5 Απριλίου 2020 | 15:56
Share
Δείτε επίσης
Περισσότερα άρθρα για Αγγλική έκδοση
Editorial: Solidarity
The message to those who refuse to be vaccinated is that vaccines are necessary and secure Editorial: Readiness
A crucial parameter is whether the punishment will be proportional to the heinous crime Editorial: Strict punishment
Editorial: A calculated diplomacy
It is the duty of the government to immediately coordinate with the expert committee Editorial: Clarity
Greece's demographic problem is complex and requires political solutions Editorial: Anachronism
A businessman has the right to bar entry to his or her establishment of unvaccinated people Editorial: Reaching an understanding
Editorial: Privileges
The NATO Summit is bound to be newsworthy as it is Biden’s first Editorial: Lines
The government must ensure that the path toward modernisation will begin. Editorial: Changes
Covid free Kythnos island – 100% of the population vaccinated
Tourism minister in the Netherlands
There are strikes, like the one at the port, held just for the sake of declaring them Editorial: Conceptions
Ideally, we should fashion a new social and economic model for Greece Editorial: Model
The government must urgently undertake necessary initiatives to root out organised crime Editorial: Root out organised crime