There will be EU relief on various levels and most importantly the suspension of the 3.5 percent primary surplus target which Greece had agreed upon with creditors long before the pandemic. 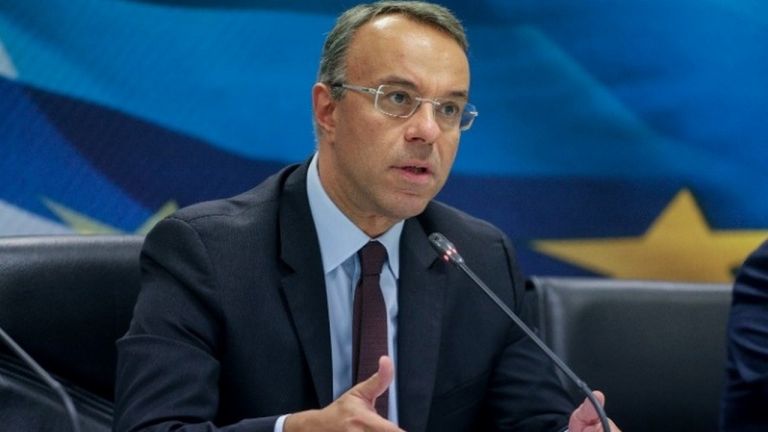 When Prime Minister Kyriakos Mitsotakis in a nationally televised address yesterday stated that the aftermath of the Coronavirus pandemic may be “nightmarish” and that “there will be victims” one may well assume that one of them will be the Greek economy which was already struggling to recover from a decade-long depression.

In the crucial battleground of public health the government will spend 200mn euros beyond funding in the 2020 budget and Finance Minister Christos Staikouras said he will deny no health ministry request. He projected a growth rate of slightly above zero percent, although have been projections of a shrinking of the Greek economy.

Layoffs as of today will be null and void

The most important measure for labour is theoretically the across-the-board ban on layoffs, but that of course is little consolation for workers at the tens of thousands of businesses that are expected to shut down.

The aim is to strike a delicate balance between the rights and needs of both labour and business within the extremely tight fiscal framework that is the legacy of Greece’s bailout memorandums.

There will be EU relief on various levels and most importantly the suspension of the 3.5 percent primary surplus target which Greece had agreed upon with creditors long before the pandemic.

Employees of businesses the activity of which was suspended by the state will receive a one-off 800-euro stipend.

As long as businesses remain closed employers will not pay insurance contributions and there will be a three- month extension on payment of businesses’ February contributions.

Flexible labour relations that were previously limited will be allowed in order to facilitate the continued operation of businesses.

Though he did not offer numbers Labour Minister Yannis Vroutsis told Mega television today that the data on the state’s ERGANI labour tracking system for the first 15 days of March are “horrifying”.

There have been 30,000 layoffs since the government ordered the suspension of activity of a large variety of businesses such as cafes and bars.

“We should all be a little patient - both businesses and the state,” Vroutsis said in a plea for businesses not to close definitively.

For Greece the most devastating blow may be a prospective implosion of the tourism sector which is considered the engine of the economy, but no targeted measures to avert a disaster have been announced as yet beyond those taken for businesses across the board.

Finance Minister Christos Staikouras told Mega television that the measures in the 2 billion euros will be extended on a monthly basis is necessary if necessary and will be supplemented by other measures of a total of 1.8 billion Euros through actions from EU funds.

For particular categories of severely affected businesses their tax obligations will be suspended.

The VAT tax will be slashed from 24 percent to six percent on pharmaceutical products used to prevent the spread of the virus such as surgical masks and ant-septic products, for which there has been a far greater demand than supply over the last weeks. There has been extensive price gouging on these products.

A break for freelancers, self-employed

There will also be a four-month suspension of payment of March taxes on freelance professionals who work in sectors affected by the pandemic.

March and April rent will be slashed by 40 percent for all businesses the activities of which have been suspended by state decree and for individuals working at such businesses - but only when the home is their primary residence. It is unclear if property owners will receive compensation.

In a measure that will reliever all property owners the ENFIA real estate tax will be the same as they paid last year and will not be calculated on the basis of the recent rise on property tax valuations.

TANEA Team 18 Μαρτίου 2020 | 19:45
Share
Δείτε επίσης
Περισσότερα άρθρα για Αγγλική έκδοση
Marinakis: «The result was clearly distorted – Dräger was fouled before the goal»
It is behind closed doors that the harshest stories of violence against women are hidden Editorial: Silence means sharing the guilt
Fourteen ICU beds, donated by Evangelos Marinakis, Angeliki Frangou and ION S.A. ready for use
SYRIZA in fact was not so eager to create a common front with the left Editorial: Political flirt
It is not too much to ask our political parties to adapt to the new realities Editorial: Time to build consensus
Any back-pedaling on the public health restrictions that have been imposed would be catastrophic Editorial: No to complacency!
Politicians can visit the historic Athens Polytechnic campus to leave a flower, as the PM suggested, or to lay a wreath as the main opposition leader proposed. Editorial: The cost
Perhaps the government could have handled the matter earlier and differently Editorial: Lives must be saved
We must deprive Turkey of its strongest weapon – the element of surprise Editorial: Equation
It is by now clear that Tsipras and Polakis are one and the same politically Editorial: Political cover
The only way to deter a disaster from the second wave of the virus is to get a vaccine and religiously comply with restrictive measures Editorial: Deterrence
There is an urgent need to strictly enforce the lockdown Editorial: Behaviours
As COVID-19 cases soar Greece announces three weeks nationwide lockdown
The freedom to disseminate applies to ideas and not the distribution of drugs Editorial: Breaking taboos
The US must not be a country of divisions and irrationality Editorial: History in the making