Hospitals cannot be turned into warehouses for children without families and children cannot grow up locked in a hospital just because the state lacks suitable facilities. 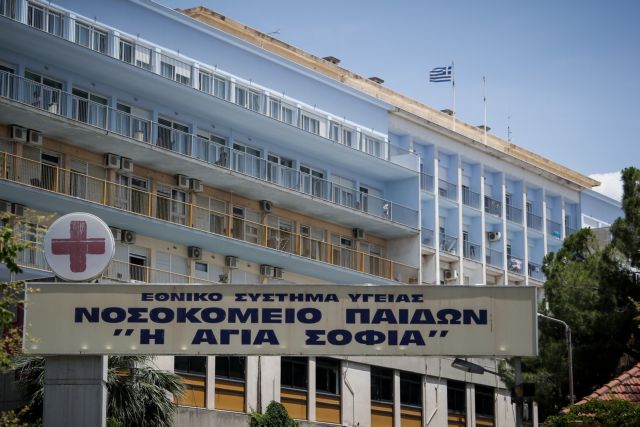 A state is judged, among other things, by the manner in which it treats its future citizens, which is to say its children.

They are a vulnerable group but all children are not equally vulnerable. It is one thing to be raised in the security of a caring family and quite another to grow up without a family.

As a report in Ta Nea today indicates, many without a family are being raised in children’s hospitals.

Hospitals cannot be turned into warehouses for children and children cannot grow up locked in a hospital just because the state lacks suitable facilities.

Despite the government’s promises, the problem is getting worse. Measures announced last September by the competent ministers have proven ineffectual.

Inadequacy regarding such an issue is unpardonable, so the state is obliged to radically change its outlook as regards managing the situation.

There is international experience to draw on, and it points to the fact that the Greek state has an anachronistically strict adoption framework, as there are many families that want to adopt children or act as their guardian.

Such a crucial problem cannot be allowed to fester. These are not children of a lesser God.  They are children in a state that fails to tend to the fundamentals.

TANEA Team 17 Απριλίου 2019 | 15:07
Share
Δείτε επίσης
Περισσότερα άρθρα για Αγγλική έκδοση
Editorial: Audits of politicians' wealth
Mario Draghi has a prominent position in the EU architecture Editorial: Alliance
After a certain point, the necessary caution is a matter of personal responsibility Editorial: COVID-19 and personal responsibility
Extremists still constitute a threat Editorial: Threat
A consciously responsible stance is needed Editorial: Maintaining COVID-19 alertness
The late PM Constantine Karamanlis famously said, 'We belong to the West' Editorial: Contradictions
The end of EU enhanced fiscal supervision signals the exit from the tunnel Editorial: Breakthroughs
Head of Greek Pomaks’ Association rips into Erdogan’s revisionist expansionism
All Greek governments since Andreas Papandreou's demanded the return of the Marbles Osborne: ‘Deal to be done’ on sharing Parthenon Marbles
All efforts toward a radical resolution of the refugee problem have failed Editorial: The end does not justify the means
France's centrist forces are rallying behind President Emmanuel Macron Editorial: The political centre
The Germans are returning, this time not to impose their will but to cooperate Editorial: Greece as a bridge between Western Balkans, EU
The demographic crisis must be managed swiftly Editorial: Demographic crisis
There was a Jewish presence in Thessaloniki even in antiquity, and the Apostle Paul preached in its synagogue Leon Saltiel: Glimmers of hope in battling Greek antisemitism
Investment will also play a pivotal role Editorial: The dynamic of the Greek economy