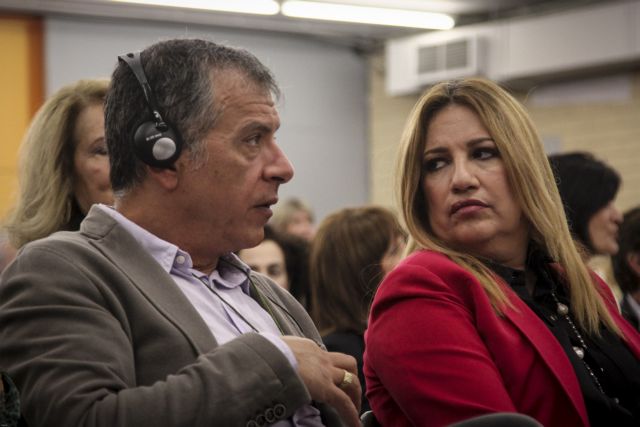 It was demonstrated once again that Alexis Tsipras’ call for a centre-left front has fallen on deaf ears.

The PM’s “issuance of a broad invitation” fell by the wayside and came across as ungrounded.

What is impeding the PM’s plan is the stance of centre-left Movement for Change leader Fofi Gennimata and of To Potami leader Stavros Theodorakis, who refuse to play his game.

This was to be expected. Gennimata was perfectly clear when she declared that she is not about to hand over Andreas Papandreou’s party to SYRIZA.

The failure of Mr. Tsipras’ project was preordained for yet another reason. As was demonstrated by the mass participation in the election of delegates to the party convention of the Movement for Change and by the Italian Democratic Party’s leadership election, the centre-left in Europe has endured.

That is because it is backed by citizens who are not represented by conservative or populist forces, whatever banner those forces may raise in their effort to pillage the centre-left.

Επιδότηση έως 85% για... πράσινα σπίτια - Ολο το πρόγραμμα
TANEA Team 5 Μαρτίου 2019 | 17:22
Share
Δείτε επίσης
Περισσότερα άρθρα για Αγγλική έκδοση
Olympiacos FC statement
Greece’s success in securing its interests at the EU summit shows the way Editorial: Opportunity
Ever since Syriza lost the July, 2019, elections it has appeared unable to adjust to its new role as main opposition party Editorial: Shoestrings
Why Russia? The answer is quite simple for those in the know  Hagia Sophia, Turkey, Russia and the West
Lights of hope: From Olympiacos Piraeus to the World
To continue to confront the coronavirus successfully one needs a combination of state care and individual responsibility Editorial: Time
Britain’s Ocado sees retail sales soar 27% in lockdown half