Tsipras must speak up on DEPA-Lavrentiadis 'scandal' says New Democracy

New Democracy is demanding explanations from the PM about why three ministers allegedly acted to benefit convicted businessman Lavrentis Lavrentiadis at the state's expense. 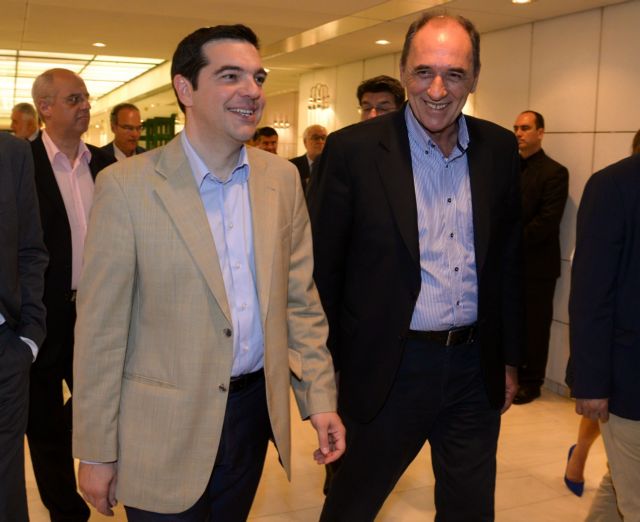 Main opposition New Democracy is demanding that the government offer explanations on how it attempted to exchange for overpriced  properties the huge debts of businessman Lavrentis Lavrentiadis to the Public Gas Corporation of Greece.

Party spokeswoman Maria Spyraki cited articles in the Sunday (26 November) press, and called on the government to make clear if there was a plan to exchange real estate owned by Lavrentiadis, at enormously inflated prices, for Lavrentiadis’ 90mn euros debt to DEPA.

Spyraki said that the emails and minutes that have been published leave no doubt that ministers knew that there was a lien on the properties, but still proceeded to acquire them.

“It has been revealed that (state minister Alekos) Flambouraris became involved in managing DEPA’s debt. As the newspaper Kathimerini revealed, the properties were sold for 8.9mn euros six years ago, and yet they were discussing offsetting 90mn euros in debt with the transfer of those properties. It is necessary for us to have answers,” Spyraki said.

Citing the lead article in To Vima on Sunday, Spyraki said that Tsipras can no longer hide.

“The recent statement of SYRIZA cadre Theodoros Kitsakos (the former head of DEPA who has been charged with breach of fiduciary duty) that his actions were coordinated with top ministers has now been confirmed with incontrovertible evidence,” said the ND spokeswoman.

The minutes of DEPA Board of Directors’ meetings and emails that have been published “indicate that at least three ministers – State Minister Alekos Flamboraris (one of the PM’s most trusted advisors), Environment and Energy Minister Yorgos Stathakis, and Deputy Prime Minister and Economy Minister Yannis Dragasakis – illegally planned an exchange of specific properties at the expense of the state and to the benefits of (Lavrentiadis’) ELFE, even though they knew they were overpriced (ten times the value) and that a lien had been placed on them by the Anti-Money Laundering Authority,” Spyraki said.

“Mr.Tsipras cannot remain silent when 15 individuals face felony charges, including Mr. Kitsakos, who was appointed personally by him to serve the interests of Mr. Lavrentiadis. The involved ministers and the prime minister himself must explain what links them to the businessman who is on trial,” she said.

TANEA Team 26 Νοεμβρίου 2018 | 16:02
Share
Δείτε επίσης
Περισσότερα άρθρα για Αγγλική έκδοση
Pappas' case concerns how institutions were exploited during Syriza’s rule, between 2015 and 2019 Editorial: Duty
Editorial: Barbarity
In times of tensions military service is viewed as a national duty Editorial: Incentives for early military service
An emotional start in taking a position on developments in the region would be catastrophic Editorial: A measured response to Israeli-Palestinian conflict
The alternate interior minister said problems with COVID-19 self-tests will be resolved by the end of May Government poised to abolish mandatory SMD to leave home, working to solve self-test problems
If Syriza believes it can garner political gains with daily political transformations it is sorely mistaken Editorial: Political vertigo
Santander Consumer Finance begins activities in Greece
Evangelos Marinakis: Post-Covid Shipping and the Environment – Green Energy Investments
The US ambassador says Biden has “opened up a new vocabulary of cooperation” with Greece Pyatt see deeper US-Greece strategic ties under Biden administration
The case will be re-tried in the framework now set by the Council of State Bombshell Council of State ruling accepts state’s vaccine side-effect liability
May Day should be honoured with a single march each year Editorial: Unity
Transcending the collective crisis will require leadership and not troublemakers Editorial: Messages
After a six-month shutdown, workers in the restaurant business laid the tables Editorial: The first step
The government has repeatedly said that the existing framework is outdated Battle royal looms over government bill overhauling labour relations, limiting strike action
The labour trade union movement is an invaluable and irreplaceable weapon of workers An urgent need for the rebirth of the trade union movement