With the new leader that will be elected tomorrow, KINAL-PASOK should begin, united and strong, the campaign for the renewal and rebirth of the great democratic party. 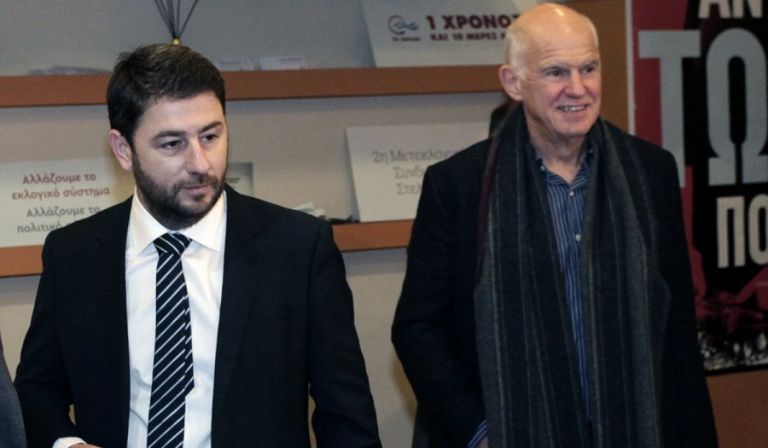 This past week was not the best for the Greek centre-left, and that is due mainly to the stance of certain losers in the first round of the Movement for Change (KINAL) party’s leadership election.

There were arbitrary assertions about the distant past, unfounded charges about groups of voters being directed, and sudden charges of electoral improprieties (which were revoked immediately to avert further harm).

It would be well for this unfortunate interlude to be swiftly forgotten.

With the new leader that will be elected tomorrow, KINAL-PASOK should begin, united and strong, the campaign for the renewal and rebirth of the great democratic party.

It owes it to its history. It owes it to its late leader, Fofi Gennimata (the emotional outpouring stirred by her death was one of the basic factors in the massive turnout in last week’s first round of voting), and it owes it to the country, which needs a contemporary, serious, pro-European, Social Democratic party.

It needs to do all this in order to be able to function as a constructive opposition party, and even possibly to rise to power in the future.

It is not an easy task. The Left, not only in Greece but internationally, is prone to split-ups and populism. The new leader of KINAL/PASOK will be called upon to renounce that political tradition.

The first thing it must do is for intra-party rivals to extend a hand of friendship and cooperation to each other.

Secondly, it must invite all those who abandoned the centre-left, because they were disappointed or deceived, to become active once again.

Thirdly, it must lay the groundwork for processing comprehensive proposals for the solution of the major problems that confront the country, with the first being the management of inequality at all levels.

If he succeeds, the centre-left may turn out to be a great, positive surprise.

TANEA Team 11 Δεκεμβρίου 2021 | 16:34
Share
Δείτε επίσης
Περισσότερα άρθρα για Αγγλική έκδοση
Tsipras posts on the social media and frequently as possible Editorial: Obligations
Universities have become a sort of state within the state Editorial: Enough is enough!
Nobody for whatever reason has the right to beat a professor Editorial: Zero tolerance
The shift in America’s priorities should come as no surprise Editorial: Fluidity
We have the weapons, the experience, and obviously the collective will Editorial: Transcending the pandemic
How do you negotiate with Vladimir Putin? Editorial: Dilemma
Editorial: Phenomenon
Maintaining tensions does not contribute to dialogue or good neighbourly relations Editorial: Pragmatism in Greek-Turkish relations
The alarm bell of daily life is urgently ringing Editorial: Alarm bell
We believe that the projections of scientists are exaggerated. They are not. Editorial: Living dangerously
It is up to us to exit the pandemic on our feet Editorial: Caution
The cost of a total lockdown would be very high for the economy Editorial: The need for personal responsibility, again
Banks – They secure short-term loans to provide new ones
Price increases in energy threaten the viability of businesses
Tax clearance certificate – What to expect in 2022