At a time when a series of issues remain open, Greece and Russia have a certain osmosis that will continue with cooperation and communication. 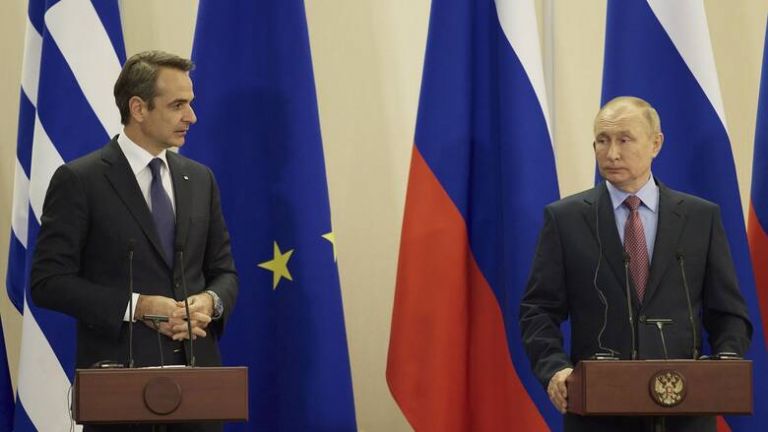 A multi-faceted foreign policy is necessary for a country such as Greece. Its geopolitical position, history, ties with other peoples, and the currently fluid geopolitical situation require open channels of communication with major powers.

That was the direction of yesterday’s talks between PM Kyriakos Mitsotakis and Russian President Vladimir Putin in Sochi, Russia.

There is an array of synergies and collaborations for which one can lay the groundwork. The two countries can facilitate investment and mutual understanding between the peoples in an environment where global challenges like the pandemic offer an opportunity to build bridges and understandings. That process successfully began yesterday.

At a time when a series of issues remain open, and given the fact that bilateral relations are a basic parameter of diplomacy and international affairs, Greece and Russia have a certain osmosis that will continue with cooperation and communication.

Given Turkish provocations and changes in the European Union, Greece has had the historical advantage of acting as an intermediary, given the fact that it is a Western country with a core position in the EU and NATO.

These considerations ensure and delineate the new dynamic that has arisen from the PM’s trip to Russia, which can bring only positive results.

TANEA Team 9 Δεκεμβρίου 2021 | 15:38
Share
Δείτε επίσης
Περισσότερα άρθρα για Αγγλική έκδοση
Tsipras posts on the social media and frequently as possible Editorial: Obligations
Universities have become a sort of state within the state Editorial: Enough is enough!
Nobody for whatever reason has the right to beat a professor Editorial: Zero tolerance
The shift in America’s priorities should come as no surprise Editorial: Fluidity
We have the weapons, the experience, and obviously the collective will Editorial: Transcending the pandemic
How do you negotiate with Vladimir Putin? Editorial: Dilemma
Editorial: Phenomenon
Maintaining tensions does not contribute to dialogue or good neighbourly relations Editorial: Pragmatism in Greek-Turkish relations
The alarm bell of daily life is urgently ringing Editorial: Alarm bell
We believe that the projections of scientists are exaggerated. They are not. Editorial: Living dangerously
It is up to us to exit the pandemic on our feet Editorial: Caution
The cost of a total lockdown would be very high for the economy Editorial: The need for personal responsibility, again
Banks – They secure short-term loans to provide new ones
Price increases in energy threaten the viability of businesses
Tax clearance certificate – What to expect in 2022