Editorial: The only course

Naturally Greece’s differences with Turkey are more complex than those with Albania and the path is more difficult, but here too the issue to be resolved is the delimitation of maritime boundarie 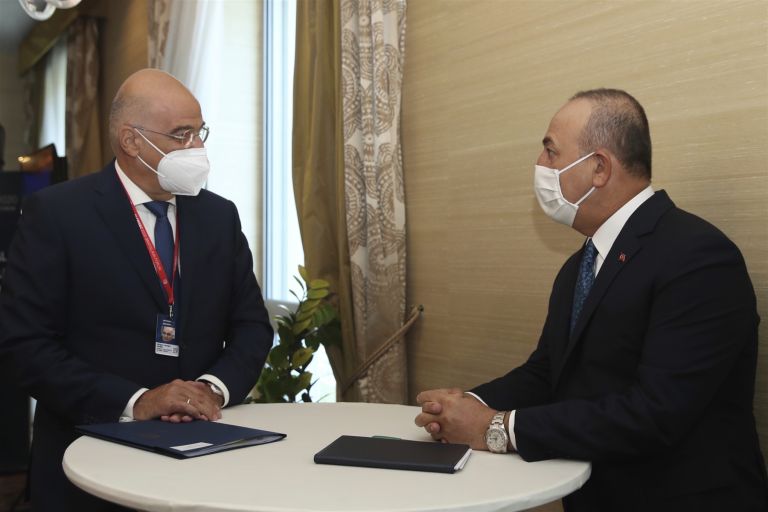 Civilised states resolve their disputes through negotiations with earnestness, good faith, and trust in international law and if they do not come to fruition they refer the disputes to the International Court of Justice at The Hague.

That is precisely what Greek Foreign Minister Nikos Dendias and Albanian Prime Minister Edi Rama announced yesterday that their countries will do in order to delimit their respective Exclusive Economic Zones (EEZs).

They will soon announce the date talks will start to conclude the compromis that will tell the court which issues are to be adjudicated.
Greece recently agreed with Turkey to launch the same process. The date talks would commence was to be announced soon thereafter.

Naturally Greece’s differences with Turkey are more complex than those with Albania and the path is more difficult, but here too the issue to be resolved is the delimitation of maritime boundaries and that will be the object of negotiations if and when they begin.

Other related issues such as the extent the two countries’ territorial waters and airspace could be discussed informally as occurred previously in the context of exploratory talks before they abruptly ceased in 2016, after the abortive coup against Erdogan.

There is no other path. Prime Minister Kyriakos Mitsotakis is keenly aware of that and has often reiterated this reality.

Europe knows this as well and has undertaken diplomatic efforts in this direction.

Indeed, Turkey too knows this but it is trying to create a de facto situation in its favour on the ground through clearly bellicose actions.

It should realise, however, that these actions simply intensify its isolation and transform the country into an international pariah.

TANEA Team 21 Οκτωβρίου 2020 | 22:31
Share
Δείτε επίσης
Περισσότερα άρθρα για Αγγλική έκδοση
Mitsotakis underlined Greece’s crucial geostrategic position PM Kyriakos Mitsotakis’ historic speech to Joint Session of US Congress (full text)
A party without self-criticism and renewal cannot move forward Editorial: Political parties transforming
Greece’s role as an energy hub must be emphasised Editorial: Opportunities
Mitsotakis-Biden talks: Greek-Turkish relations, the war in Ukraine, wayward Turkey’s new role in NATO
It is not in Greece’s interest for Turkey to be isolated or humiliated Editorial: Opportunity
The Marshall Plan prioritised rebuilding export capacity How should a Marshall Plan for Ukraine work?
Drop in COVID-19 deaths - number of infections, intubated patients stable, hospital admissions rise
Policing of universities is an unpleasant but necessary measure Editorial: No excuse
A strict price inspections policy is needed to curb untrammelled price hikes Editorial: Dealing with inflation
Editorial: Axes
Ta Nea has repeatedly called for decisive action Editorial: University police force plan on the back burner
Everything depends on how the social media are used Editorial: Words
SYRIZA’s gains in 2012 were a Pyrrhic victory. Editorial: Populism
There will be a 600 euro cap on the rebate Amidst uproar over skyrocketing energy costs, Mitsotakis announces rebates for households
This is the 12th anniversary of the deadly arson attack Editorial: Radio silence