The citizens who were hit hard by the natural disaster must not be left to their own devices nor can the routine public sector foot dragging be tolerated. 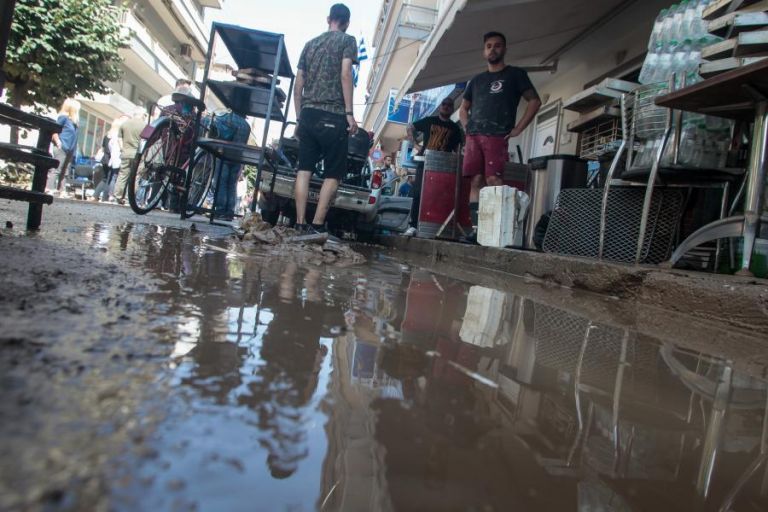 There are different types of disasters. The worst are brought by nature.

There are also different types of reactions. The worst are those that come after the fact.

The timely mobilisation of the sub-ministry for civil protection in the case of cyclone Ianos displayed swift governmental reflexes and saved many citizens from greater and more substantial harm.

Yet that was not enough to save everyone. In Karditsa and the Ionian islands lives were lost and much damage was done. The restoration process has just begun and it is equally important that it be conducted in a timely manner.

“I am afraid that we will be abandoned,” said the mayor of the city of Karditsa, which has been hit hard. That fear is the product of chronic dysfunctions that have continued under a series of governments. Politicians are confronted with disasters, offer pledges about how things will improve the day after and then leave. When the klieg lights of publicity are turned off the prospect of these pledges being honoured disappears.

PM Kyriakos Mitsotakis has often declared that he is a liberal. This is a case in which the government must not fear offering state aid.

The citizens who were hit hard by the natural disaster must not be left to their own devices nor can the routine public sector foot dragging be tolerated. To say that those affected will be compensated in the long term is tantamount to doing nothing.

The announcements of government spokesman Stelios Petsas regarding a one-off payment to all affected households, aid in repairing homes, funding for the restoration of facilities, equipment, raw materials , merchandise, and even household furnishings will have value if the process moves swiftly.

If the pandemic has taught us something it is that no one should be left behind.

Οδηγούν σε οριστική διχοτόμηση της Κύπρου οι νέες ιδέες Τατάρ;
Ακολουθήστε τα ΝΕΑ στο Google News και μάθετε πρώτοι όλες τις ειδήσεις Δείτε όλες τις τελευταίες Ειδήσεις από την Ελλάδα και τον Κόσμο, στα ΝΕΑ
TANEA Team 22 Σεπτεμβρίου 2020 | 22:22
Share
Δείτε επίσης
Περισσότερα άρθρα για Αγγλική έκδοση
French teachers are declaring that they will continue to “instruct students in difficult subjects”. Editorial: “Je Suis Prof”
Editorial: Endurance test
The government had an extremely broad social consensus in support of its policies Editorial: Reforms
Turkey’s activity in the area of Kastelorizo constitutes a great opportunity for Greece Editorial: Opportunity
It is no coincidence that these elections are described as the most important ever in the occupied territories Editorial: A crucial contest
This is not merely and internal party affair as it raises serious issues about how institutions function Editorial: Grey zones
in a democracy all views can be expressed but they cannot be imposed on others through violence Editorial: The lesson
Appellate Court conviction of Golden Dawn a 'victory for democracy' says Mitsotakis
Editorial: A historic day
Golden Dawn was a criminal organisation says court ruling that convicts leader, six more ex-MPs
The PM said yesterday that, 'Technology is the catalyst for economic growth.' Editorial: Investments
Mr. Trump has brought many ills upon America and the world but now he can offer a valuable service Editorial: Service
The PM’s stance at the last cabinet meeting demonstrated that he sees the big picture Editorial: Warning signs
Citizens by and large trust the government's handling of national issues and the pandemic Editorial: The opponent
Azerbaijan and Armenia reject talks as Karabakh conflict zone spreads