Crete’s continental shelf has already been disputed by the Turkey-Libya EEZ delimitation MOU which was rejected by both the US and EU. 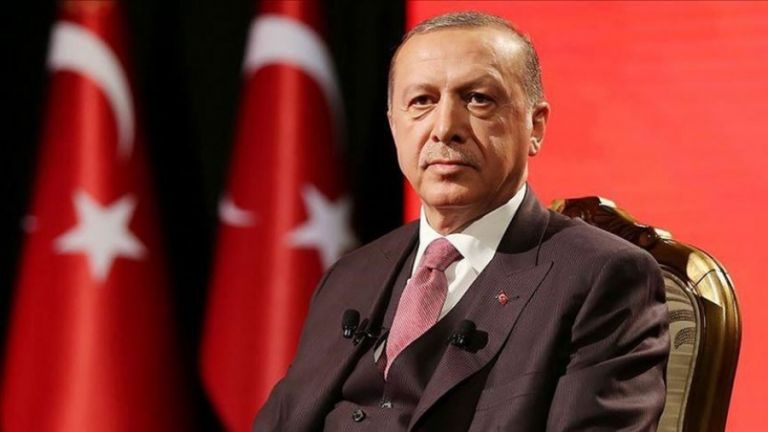 Recep Tayyip Erdogan declared that the large island of Crete has no continental shelf.

The Turkish president has no compunction about flouting UN decisions on the Law of the Sea.

Right is only what benefits him and his country.

In fact, Crete’s continental shelf has already been disputed by the Turkey-Libya EEZ delimitation MOU which was rejected by both the US and EU.

Despite all that, at the 19 January Berlin summit on Libya Turkey was invited and Greece was not.

Consequently Erdogan is exhibiting a lot of gall. He went as far as to demand that the Greek PM do penance – “correct the error” - for inviting Libyan General Khalifa Haftar to Athens on 17 January - right before the Berlin Conference - before he agrees to a meeting with Mitsotakis.

Obviously the rhetoric will remain intense and Ankara’s moves will be increasingly dangerous.

Erdogan announced the purchase of a third hydrocarbons exploration ship.

He went as far as to maintain that Turkish-occupied Cyprus (which is recognised only by Turkey as a state) will split any gas and oil Ankara finds in the EEZ of the Republic of Cyprus with the Greek-Cypriots in “southern Cyprus” when the legitimate, internationally recognised Republic of Cyprus comes to the negotiating table.

The Republic of Cyprus has repeatedly said it will share all revenues with the Turkish-Cypriots once a Cyprus settlement that provides for the withdrawal of Turkish forces from the island republic is achieved.

Athens’ response must be decisive, unequivocal, and calm.

Greece’s pro-active stance and aggressively pursued diplomatic initiatives which so irk Ankara must continue in all directions with an eye to peaceful coexistence, as Turkey was, is, and will remain our neighbor.

TANEA Team 21 Ιανουαρίου 2020 | 23:10
Share
Δείτε επίσης
Περισσότερα άρθρα για Αγγλική έκδοση
Erdogan has no right to threaten and blackmail Editorial: The message
There is a danger of the war being viewed as something normal Editorial: Taking measures
Athens' objective was to avert concessions that might affect Greek interests Greece, Turkey declare their satisfaction with results of NATO summit
What is at stake is the strategic depth of the Alliance Editorial: A crucial NATO summit
European supervised drug consumption sites have been an inextricable part of drug treatment Editorial: The first step
The overturning of Roe v. Wade turns the clock back 50 years for American women. Editorial: Back and forth
Thymios' statement - “I no longer trust people.” – is a punch in the gut. Editorial: A punch in the gut
Editorial: Audits of politicians' wealth
Mario Draghi has a prominent position in the EU architecture Editorial: Alliance
After a certain point, the necessary caution is a matter of personal responsibility Editorial: COVID-19 and personal responsibility
Extremists still constitute a threat Editorial: Threat
A consciously responsible stance is needed Editorial: Maintaining COVID-19 alertness
The late PM Constantine Karamanlis famously said, 'We belong to the West' Editorial: Contradictions
The end of EU enhanced fiscal supervision signals the exit from the tunnel Editorial: Breakthroughs
Head of Greek Pomaks’ Association rips into Erdogan’s revisionist expansionism