At the hospital in Santorini which opened with celebrations three years ago the obstectrics clinic and surgery clinic would have shut down if the sole anaesthesiologist were to take a vacation. 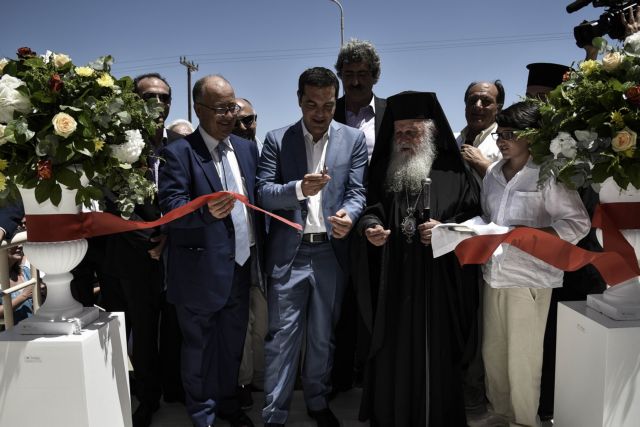 The many lacks and problems faced in hospitals at our most popular tourist destinations such as the islands do not merely expose our heavy industry of tourism.

They remind us that our health system is heavily ailing.

That reality is clearly demonstrated in the exhausting work schedules imposed on doctors and nurses on the islands in order to meet the heightened needs of the summer months.

At the hospital in Santorini which opened with celebrations three years ago the obstectrics clinic and surgery clinic would have shut down if the sole anaesthesiologist were to take a vacation.

According to charges reported on in Ta Nea understaffing is due to a lack of economic incentives.

The state used to squander money and in some cases still does.

One wonders in amazement why it does not offer incentives to lure young doctors to work in areas which desperately need residents so as not to be abandoned in the winter and so that residents and thousands of visitors will not be left to their own devices.

It is said and rightly so that a country’s health system is the mirror of its society.

In that system we can no longer afford to see a heavily ailing patient.

We need a properly functioning system which cares for, treats, and cures patients.

ΕΛ.ΑΣ: Εκπαιδευμένος ο ειδικός φρουρός που τράβηξε όπλο στην ΑΣΟΕΕ
TANEA Team 20 Αυγούστου 2019 | 10:16
Δείτε επίσης
Περισσότερα άρθρα για Αγγλική έκδοση
The stance of citizens will be largely determined by the effectiveness of authorities Editorial: Trial
The hour of truth appears to be drawing near and it must be followed by the time for explanations Editorial: The moment of truth
Mayhem on Lesvos, Chios as hundreds of riot police clash with islanders determined to block migrant centres
In the economy words can help shape the climate but deeds yield results Editorial: Profile
Democracy has a duty to defend itself Editorial: Adventure
Editorial: Pillar
Editorial: Crisis
Government and opposition are skirmishing over the rubble in Mati Editorial: Duty
As it turned out Mega was too big to die Editorial: The return of Mega Channel
The government cannot address the problem of school violence on its own Editorial: Wave of violence
Job creation is the overarching aim so that society can prosper Editorial: Automatic pilot
Right now there must be delicate diplomatic manoeuvres abroad and a solid front domestically Editorial: Consensus
Editorial: Delusions
Editorial: Readiness
It seems that freedom of speech cannot be taken for granted in our country Editorial: Fascism