International media such as Bloomberg correctly note that normalcy is returning to our country and that the change of government contributed greatly to improving the climate. 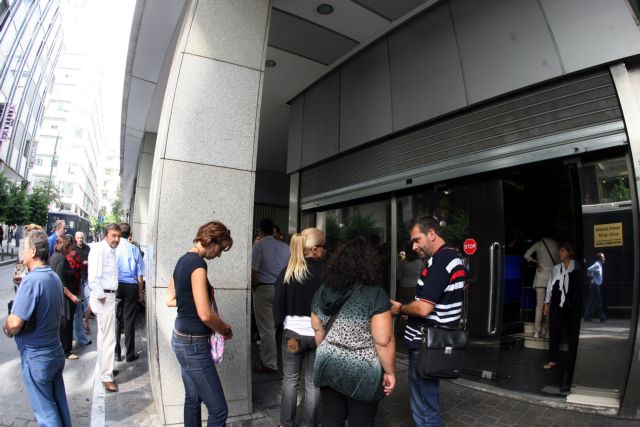 Our country managed to borrow at an interest rate that just a few weeks ago would have seemed like a midsummer night’s dream.

The 1.9 percent interest rate on the seven-year bond is reminiscent of a bygone era when the Greek economy appeared robust, perhaps more robust than it actually was.

There is only one interpretation for this. The economy is beginning to regain a substantial portion of the trust that it lost over the last decade.

Investors are not afraid that they will lose their money as was evidenced by the great demand for the seven-year bond.

International media such as Bloomberg correctly note that normalcy is returning to our country and that the change of government contributed greatly to improving the climate.

The previous government was the last of the ten-year crisis and it contributed to dragging it out even longer when it said the markets would dance to its drumbeat.

It had threatened to turn Europe into another Kougi, which was blown up in the Greek Revolution, and the Tsipras government’s supposed proud negotiations with creditors ended in a humiliating retreat and complete surrender.

For this government to usher in an era of normalcy, it must remain firmly devoted to a path of reforms and seriousness.

Any divergence from that path will undermine above all the efforts and sacrifices that have been made by Greek citizens to transcend a crisis for which they bear almost no responsibility.

The government owes it to them and not to the markets to rise to the occasion.

TANEA Team 17 Ιουλίου 2019 | 15:59
Share
Δείτε επίσης
Περισσότερα άρθρα για Αγγλική έκδοση
In times of tensions military service is viewed as a national duty Editorial: Incentives for early military service
An emotional start in taking a position on developments in the region would be catastrophic Editorial: A measured response to Israeli-Palestinian conflict
The alternate interior minister said problems with COVID-19 self-tests will be resolved by the end of May Government poised to abolish mandatory SMD to leave home, working to solve self-test problems
If Syriza believes it can garner political gains with daily political transformations it is sorely mistaken Editorial: Political vertigo
Santander Consumer Finance begins activities in Greece
Evangelos Marinakis: Post-Covid Shipping and the Environment – Green Energy Investments
The US ambassador says Biden has “opened up a new vocabulary of cooperation” with Greece Pyatt see deeper US-Greece strategic ties under Biden administration
The case will be re-tried in the framework now set by the Council of State Bombshell Council of State ruling accepts state’s vaccine side-effect liability
May Day should be honoured with a single march each year Editorial: Unity
Transcending the collective crisis will require leadership and not troublemakers Editorial: Messages
After a six-month shutdown, workers in the restaurant business laid the tables Editorial: The first step
The government has repeatedly said that the existing framework is outdated Battle royal looms over government bill overhauling labour relations, limiting strike action
The labour trade union movement is an invaluable and irreplaceable weapon of workers An urgent need for the rebirth of the trade union movement
Editorial: The pendulum of American politics
The thirty-somethings rushed to be vaccinated for the sake of their families and their friends Editorial: Front-and-centre