It is a dishonour for any politician to invoke a law that protects ministers from prosecution by requiring that Parliament lift his or her parliamentary immunity. 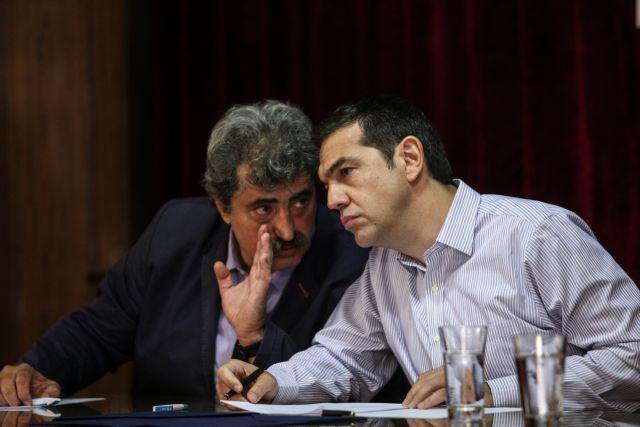 It is a dishonour for any politician to invoke a law that protects ministers from prosecution by requiring that Parliament lift his or her parliamentary immunity.

That means he or she is hiding behind their capacity as minister to avoid having to account for their deeds and statements which have nothing to do with their ministerial post.

The situation is even more unattractive when politicians – even those who invoke Article 87 of the Constitution which guarantees ministerial immunity – agree that this provision must be abolished in order to guarantee equal justice under the law.

But it goes beyond even the most cynical fooling when politicians who avoid being judged by the judiciary and sue people right and left invoke their immunity to shield theirselves from prosecution.

The cases of former defence minister Panos Kammenos and Alternate Health Minister Pavlos Polakis are among the most ridiculous. They act as prosecutors in public life or in the courts but they do not dare assume responsibility for their own words and deeds.

Their stance may be compared to that of former health minister Andreas Loverdos who requested that hisparliamentary immunity be lifted so that he could prove his innocence.

Does he represent what SYRIZA calls the old and corrupt political system? Is his party, the Movement for Change, “the corrupt product of the past” while SYRIZA, which provides covder for its two ministers, is the political force of the future?

One could laugh this off if it were not simply pitiful.

TANEA Team 19 Απριλίου 2019 | 18:40
Share
Δείτε επίσης
Περισσότερα άρθρα για Αγγλική έκδοση
European supervised drug consumption sites have been an inextricable part of drug treatment Editorial: The first step
The overturning of Roe v. Wade turns the clock back 50 years for American women. Editorial: Back and forth
Thymios' statement - “I no longer trust people.” – is a punch in the gut. Editorial: A punch in the gut
Editorial: Audits of politicians' wealth
Mario Draghi has a prominent position in the EU architecture Editorial: Alliance
After a certain point, the necessary caution is a matter of personal responsibility Editorial: COVID-19 and personal responsibility
Extremists still constitute a threat Editorial: Threat
A consciously responsible stance is needed Editorial: Maintaining COVID-19 alertness
The late PM Constantine Karamanlis famously said, 'We belong to the West' Editorial: Contradictions
The end of EU enhanced fiscal supervision signals the exit from the tunnel Editorial: Breakthroughs
Head of Greek Pomaks’ Association rips into Erdogan’s revisionist expansionism
All Greek governments since Andreas Papandreou's demanded the return of the Marbles Osborne: ‘Deal to be done’ on sharing Parthenon Marbles
All efforts toward a radical resolution of the refugee problem have failed Editorial: The end does not justify the means
France's centrist forces are rallying behind President Emmanuel Macron Editorial: The political centre
The Germans are returning, this time not to impose their will but to cooperate Editorial: Greece as a bridge between Western Balkans, EU