Zaev to hold referendum on Greece-FYROM accord on 30 September

The referendum will be of an advisory, non-binding nature and the question will be: “Do you support accession to the EU and Nato, with the acceptance of the agreement between the Republic of Macedonia and Greece?” 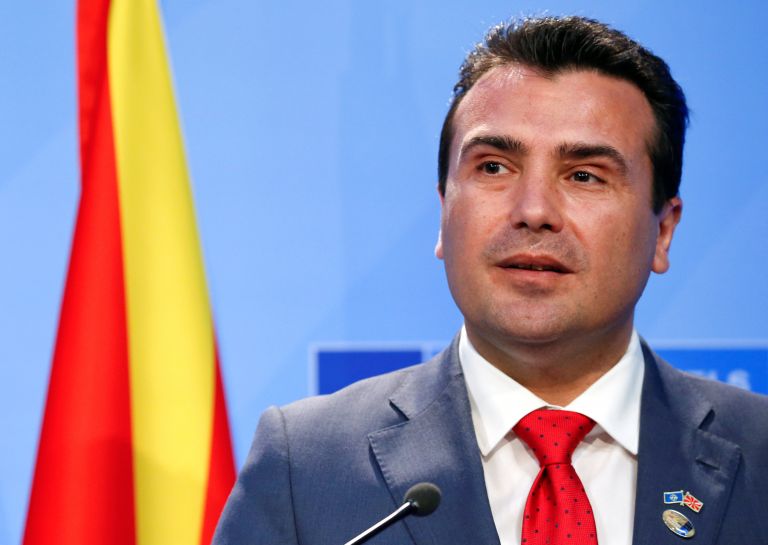 TANEA Team 30 Ιουλίου 2018 | 21:21
Share
The parliament of FYROM has decided to hold the referendum on approving the Greece-FYROM naming agreement on 30 September.
The referendum will be of an advisory, non-binding nature and the question will be: “Do you support accession to the EU and Nato, with the acceptance of the agreement between the Republic of Macedonia and Greece?”
Reuters reported that 68 MPs approved conducting the referendum with that question.
The opposition abstained from the vote.
Opposition VMRO-DPMNE MPs walked out of the chamber, after the party’s representative Nikola Micevski argued that the question is unclear and ambiguous.
“This is an ambiguous question that is multi-faceted and manipulative,” said VMRO-DPMNE MP Igor Janusev.
VMRO tabled two amendments that were rejected by parliament.

Zaev said that the referendum will be of an “advisory nature”.

TANEA Team 30 Ιουλίου 2018 | 21:21
Share
Περισσότερα άρθρα για Αγγλική έκδοση
Editorial: Turning a page
'This is no longer about climate change. This is about addressing a climate crisis.' Mitsotakis focuses on pandemic, climate crisis, and Greek-Turkish relations in UN speech
The head of SYRIZA’s Citizen’s Protection policy section simply followed his party’s mannerism Editorial: Mannerism
The cottage industry of lawsuits against educators constitutes a disruption of social peace Editorial: Decisiveness
For the Ecumenical Patriarchate, which has spiritual authority over the Church in America, Elpidophoros, 54, is the best and the brightest that it has to offer. Tempest in a teapot: The attacks on Archbishop Elpidophoros and foreign policy stunts
US President Joe Biden has chosen a particular mixture of policies Editorial: Doctrines
Approximately 160,000 people in Greece today are afflicted with Alzheimer’s disease Editorial: Reminder
Unrepentant, Tsipras unleashed charges against the government and announced handouts Editorial: A return to the past
The country is in great need of stability., not electoral surprises Editorial: Normalcy
The EU’s adjustment of financial rules has facilitated the situation Editorial: Lessons
Editorial: The conundrum of early elections
It is common knowledge that all political parties seek the vote of Greece’s youth Editorial: Greece’s youth
In a democracy, elections cannot serve as a weapon for prime ministers Editorial: The need for electoral stability
Mitsotakis rules out any prospect of political consensus with SYRIZA
Merkel’s statement should lead us collectively to a rethinking of what happened and not reflexive indignation Editorial: The price of imprudent politics