The first safe conclusion about the recent, deadly wildfires is that the government delayed in taking decisions that could have saved lives in the battle against the flames. 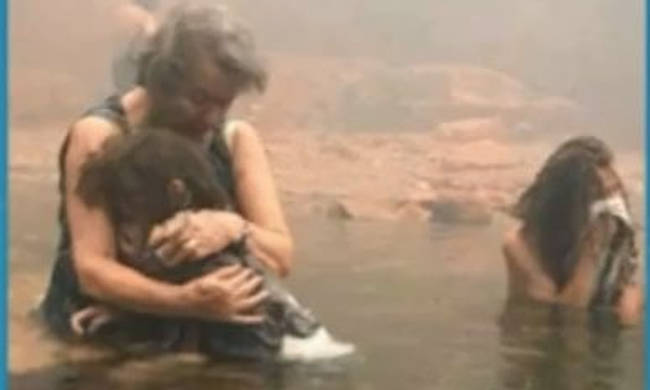 TANEA Team 27 Ιουλίου 2018 | 16:13
Share
The first safe conclusion about the recent, deadly wildfires is that the government delayed in taking decisions that could have saved lives in the battle against the flames.
It appeared not only unprepared to confront in a state of readiness a fire that it had every reason to expect, but it also exhibited incredible negligence at the critical moment that distinguishes a situation that is under control from a situation that has spun out of control.
Even now, the government is delaying. Absorbed by the task of targeting the media and offending in an inconceivable manner citizens who are living with the pain of death and the destruction of their property, the government is delaying in managing the aftermath of the catastrophe, in relieving the pain, with assistance to the fire-stricken that will be substantial, and not empty promises that aim to paper over the situation rather than to provide relief.
The government is delaying in pinpointing and attributing responsibilities. Its obvious aim if for responsibilities not to be attributed to anyone, not to be assigned to those who displayed impermissible negligence and incompetence, or to those who were called upon to take swift decisions, and to lead the battle decisively and with determination, but remained mute.
Incompetence in such a situation renders the government dangerous for the security of citizens.

The answer to this tragedy cannot be excuses, conspiracy theories, or silence about the responsibilities.
What is needed at long last is a responsible stance.

TANEA Team 27 Ιουλίου 2018 | 16:13
Share
Περισσότερα άρθρα για Αγγλική έκδοση
The cottage industry of lawsuits against educators constitutes a disruption of social peace Editorial: Decisiveness
For the Ecumenical Patriarchate, which has spiritual authority over the Church in America, Elpidophoros, 54, is the best and the brightest that it has to offer. Tempest in a teapot: The attacks on Archbishop Elpidophoros and foreign policy stunts
US President Joe Biden has chosen a particular mixture of policies Editorial: Doctrines
Approximately 160,000 people in Greece today are afflicted with Alzheimer’s disease Editorial: Reminder
Unrepentant, Tsipras unleashed charges against the government and announced handouts Editorial: A return to the past
The country is in great need of stability., not electoral surprises Editorial: Normalcy
The EU’s adjustment of financial rules has facilitated the situation Editorial: Lessons
Editorial: The conundrum of early elections
It is common knowledge that all political parties seek the vote of Greece’s youth Editorial: Greece’s youth
In a democracy, elections cannot serve as a weapon for prime ministers Editorial: The need for electoral stability
Mitsotakis rules out any prospect of political consensus with SYRIZA
Merkel’s statement should lead us collectively to a rethinking of what happened and not reflexive indignation Editorial: The price of imprudent politics
Self-tests, contact tracing key to safe re-opening of schools Spike in COVID-19 cases expected after schools open next week
The repercussions of these illegal actions are not limited to public health Editorial: A threat to society
September has arrived, but the University Protection Groups did not keep the rendezvous Editorial: Rendezvous