Editorial: Caring for the middle class

The middle class – whose members are times somewhat sarcastically referred to as “proper household people” – are not a force of conservatism, but rather a force that advances Greek society. 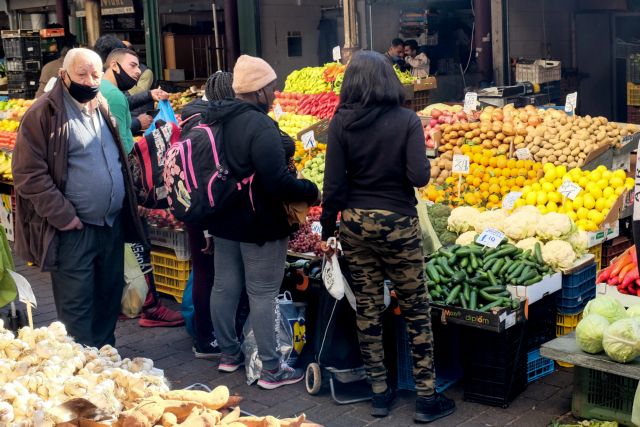 There has been much talk of late about the middle class, and by all appearances its electoral behaviour will be decisive in determining the winner of the next general election.

One must, therefore, ask how political parties approach these social strata.

Is it in an “imaginary” or fluid manner, as the main opposition party often maintains, or is it simply necessary to attract these segments of society to the party with a view to winning elections?

Both approaches are wrong-headed.

First of all, the endurance of the economy and social cohesion are demonstrated by the existence and strengthening of the middle class.

It is in middle class that the degree of prosperity, the collective expectations, and the normalcy in a society is reflected, and that impacts on the choices of the electorate.

If during the four-year term of the previous government, the middle class was battered by heavy taxation that was part of a class-based bias, today its protection by the state through all possible means must be a top priority.

The middle class – whose members are times somewhat sarcastically referred to as “proper household people” – are not a force of conservatism, but rather a force that advances Greek society and its further evolution and development.

Deep inequalities, which we must try to eradicate, are tempered when a country has a large middle class.

Let us also not forget that the extremes in the political system are often fueled by social chasms, and they try to undermine democracy through their populism.

TANEA Team 5 Ιουλίου 2022 | 23:33
Share
Δείτε επίσης
Περισσότερα άρθρα για Αγγλική έκδοση
Resignations are not enough, nor would a cabinet reshuffle or snap election suffice Editorial: Transparency now!
Citizens seek persuasive solutions to the problems of daily life Editorial: Restoring trust in political parties
Last year in Greece there were 17 femicides Editorial: An urgent wake-up call
Stavros Psycharis never allowed himself to become subjugated. He never censored. Editorial: The death of a journalist
Psycharis He began his long career at the Lambrakis Press in 1972 Renowned journalist, publisher, entrepreneur Stavros Psycharis has died age 77
It is inconceivable for the average citizen to be defenceless amidst major economic trials Editorial: A model programme
Greece now has experience and an enhanced plan of deterrence Editorial Ta Nea: Maintaining composure
'I truly feel that the future of humanity is dark' God at Ground Zero: How a Mount Athos monk fit 9/11 into Byzantine iconography
Hatzidimitriou shattered the stereotype that women are not good at maths Editorial: Worthy role Models
A great reform was necessary but seemed unfeasible0 Editorial: Modernisation of the state
Editorial: The need for an in-depth investigation
Justice delayed is justice denied Editorial: Swift justice
A revival of populism is exploiting the natural anxieties of citizens Editorial: President Katerina Sakellaropoulou's message
Editorial: Mandatory reforestation after the wildfires
The EU is already facing adverse conditions due to the war in Ukraine Editorial: The major crisis the EU faces and the great leap forward