The securest way to bring sexual abusers to justice is to create the necessary conditions that will allow any woman who has had such an experience to tell her story without fear. 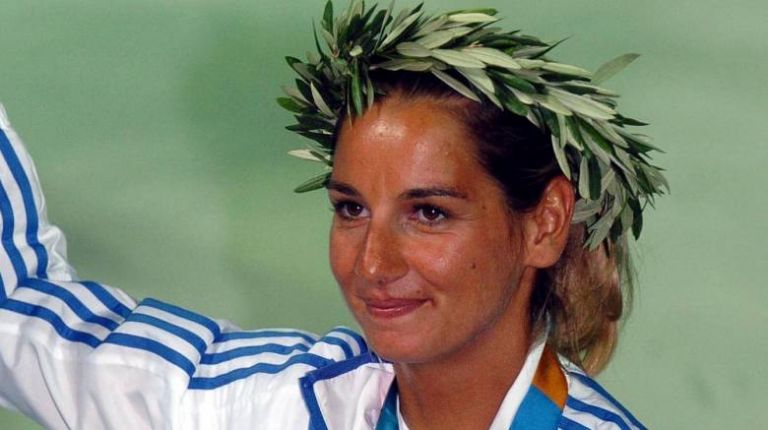 It took Olympics sailing champion Sofia Bekatorou’s (photo) revelation that she was twice sexually abused for the #MeΤoo movement to begin in Greece.

Despite some progress, much remains to be done to eradicate gender-based violence, both physical and psychological, and it requires breaking the taboos of a centuries-old patriarchal society.

There are many “Stathises” (the name of the television show member) among us and it is imperative that they be called to account and face the consequences of their abusive behaviour.

The securest way to achieve that objective is to create the necessary conditions that will allow any woman who has had such an experience to tell her story without fear.

Consequently, it does not suffice for the state to take institutional initiatives.

What is needed is a cultural change, for which the whole of society is responsible.

It is not the victims who should be afraid, but rather prospective predators.

They must fear the social backlash.

TANEA Team 17 Δεκεμβρίου 2021 | 16:57
Share
Δείτε επίσης
Περισσότερα άρθρα για Αγγλική έκδοση
Tsipras posts on the social media and frequently as possible Editorial: Obligations
Universities have become a sort of state within the state Editorial: Enough is enough!
Nobody for whatever reason has the right to beat a professor Editorial: Zero tolerance
The shift in America’s priorities should come as no surprise Editorial: Fluidity
We have the weapons, the experience, and obviously the collective will Editorial: Transcending the pandemic
How do you negotiate with Vladimir Putin? Editorial: Dilemma
Editorial: Phenomenon
Maintaining tensions does not contribute to dialogue or good neighbourly relations Editorial: Pragmatism in Greek-Turkish relations
The alarm bell of daily life is urgently ringing Editorial: Alarm bell
We believe that the projections of scientists are exaggerated. They are not. Editorial: Living dangerously
It is up to us to exit the pandemic on our feet Editorial: Caution
The cost of a total lockdown would be very high for the economy Editorial: The need for personal responsibility, again
Banks – They secure short-term loans to provide new ones
Price increases in energy threaten the viability of businesses
Tax clearance certificate – What to expect in 2022