US President Joe Biden's Summit for Democracy has the prospect of functioning as an alternative to the G20 and it constitutes an important move by participants. 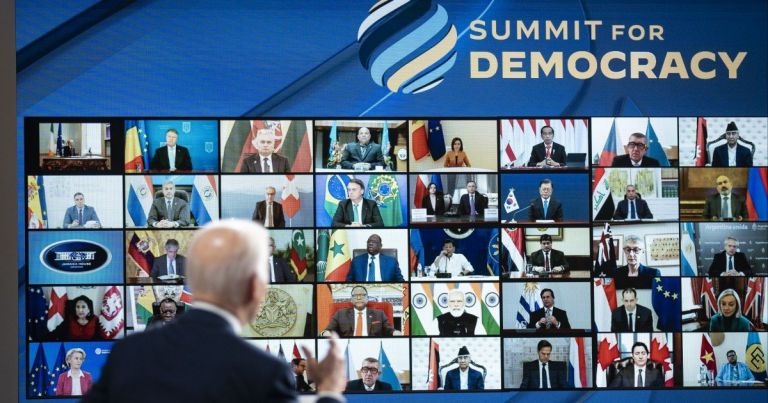 The two-day Summit for Democracy hosted by US President Joe Biden is not simply a meeting for Western leaders to demonstrate that democracies can improve the lives of their citizens and offer solutions for the planet’s major problems, as this past summer’s White House announcement of the event noted.

It has the prospect of functioning as an alternative to the G20 and it constitutes an important move by participants on the international chessboard.

The exclusion of the “authoritarian International” – China, Russia, Hungary, and Turkey are not among the invitees – is an effort to draw a clear line between truly democratic states and authoritarian-style regimes, or “unfree democracies”.

It is a conceptual boundary between leaderships that respect human rights, active citizens, and democratic institutions on the one hand, and those that undermine centuries-old democratic advances on the other.

With its participation in the summit, Greece demonstrates that it has won a prominent position in the Western world, together with those who realise that democracy is a form of government for which everyone has a duty to work daily, for the prosperity of all of society.

TANEA Team 10 Δεκεμβρίου 2021 | 15:40
Share
Δείτε επίσης
Περισσότερα άρθρα για Αγγλική έκδοση
Tsipras posts on the social media and frequently as possible Editorial: Obligations
Universities have become a sort of state within the state Editorial: Enough is enough!
Nobody for whatever reason has the right to beat a professor Editorial: Zero tolerance
The shift in America’s priorities should come as no surprise Editorial: Fluidity
We have the weapons, the experience, and obviously the collective will Editorial: Transcending the pandemic
How do you negotiate with Vladimir Putin? Editorial: Dilemma
Editorial: Phenomenon
Maintaining tensions does not contribute to dialogue or good neighbourly relations Editorial: Pragmatism in Greek-Turkish relations
The alarm bell of daily life is urgently ringing Editorial: Alarm bell
We believe that the projections of scientists are exaggerated. They are not. Editorial: Living dangerously
It is up to us to exit the pandemic on our feet Editorial: Caution
The cost of a total lockdown would be very high for the economy Editorial: The need for personal responsibility, again
Banks – They secure short-term loans to provide new ones
Price increases in energy threaten the viability of businesses
Tax clearance certificate – What to expect in 2022