It is exceptionally important for Greece and Cyprus to resoundingly signal their unity and to build a front against Ankara’s actions within the EU. 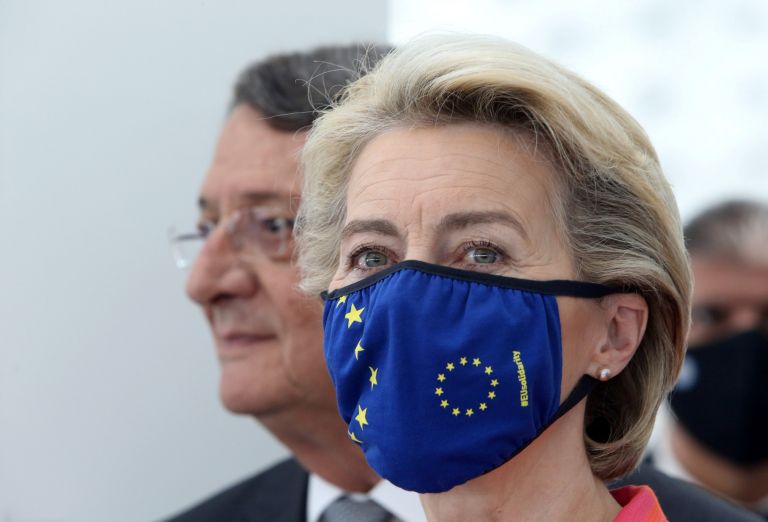 It has perhaps not yet been fully understood how difficult the 20 July anniversary of the Turkish invasion of Cyprus will be.

Turkish President Recep Tayyip Erdogan’s strategic decision to visit occupied Cyprus on the anniversary and re-open part of the ghost city of Varosha (which was evacuated and fenced off after the occupation pending a settlement in which it would be returned to the Greek Cypriot residents as part of a comprehensive solution solution) constitutes a sharp escalation and provocation on Ankara’s part, along with his neo-Ottoman dogma and the difficult domestic fronts with which he is confronted.

This is not only a provocation against the Republic of Cyprus but also the entire EU.

That is why it is exceptionally important for Greece and Cyprus to resoundingly signal their unity and to build a front against Ankara’s actions within the EU.

The stern statements from European Commission President Ursula von der Leyen and European Council President Charles Michel regarding the need for the Turkish side to respect UN resolutions regarding the status of Famagusta (Varosha) contribute to a broader diplomatic pressure which must be a top priority right now.

Erdogan’s provocations and fashioning an effective response does not concern only Cyprus.

It has to do with the architecture of the EU and the need for a unified stance on security issues that will serve as a reminder that unilateral actions on the part of troublemaker states will not be tolerated.

Athens is standing by the side of Nicosia.

Both are poles of stability in the region of the Southeastern Mediterranean as organic members of the EU and states whose territorial sovereignty and independence must be respected.