Whether limited or extensive, the burnt surfaces at Mycenae raise a plethora of questions. Are we satisfied with how we care for our cultural heritage? 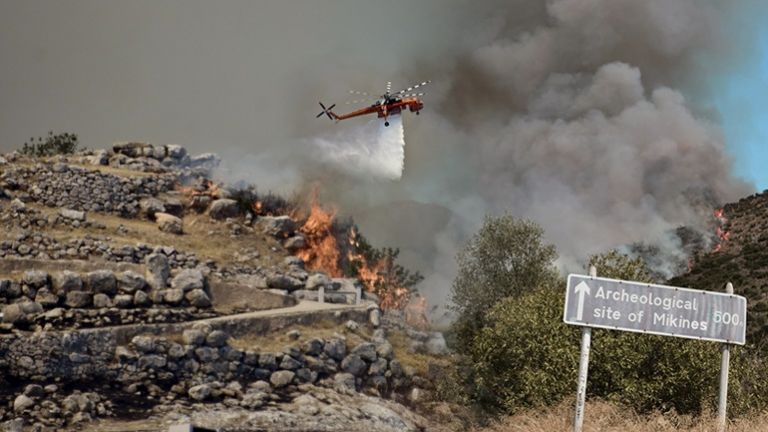 The pictures taken at the archaeological site of Mycenae speak for themselves and that is not a journalistic cliché.

As usual the truth is to be found somewhere in the middle. The fire did not result in the sort of damage that would plunge a nation in mourning and yet one cannot ignore the fact that the fire came extremely close to a world cultural monument of huge importance.

Within days those who did their duty (such as clearing the forest area) will be credited and others will be blamed for negligence.

Whether limited or extensive, the burnt surfaces at Mycenae raise a plethora of questions. Are we satisfied with how we care for our cultural heritage? Can we modernise the fire protection systems at archaeological sites around the country?

The best response to the uncertainty of natural dangers is prevention. For Mycenae 30 August is not the end of summer. It is just another day on which officials must protect our cultural treasures.

Since 2007 when Mount Kronos at the archaeological site of ancient Olympia was destroyed by fire due to a non-functioning fire protection system there has been plenty of time to correct the situation. If one simply says we squeaked by, the next time things will be much worse.

We shall sink into the poet Seferis’ verse about Mycenae (1935), not because we lifted the heavy stones but rather because we abandoned “these stones, our fate”.