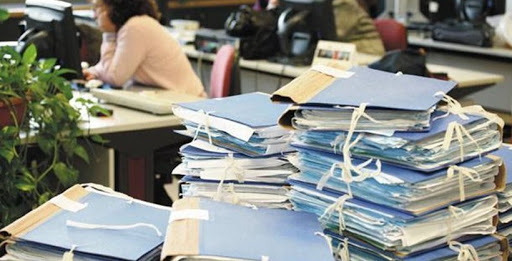 History confirms that the continual expansion of the middle class is an overarching objective of democracy and of all economies.

A shrinking of the middle class means that its members are driven toward marginalisaation and the margins bolster political extremes.

Marginalised people seek out extreme voices through which to express the disappointment and sometimes rage by which they are often consumed.

Greece’s economic crisis resulted in a shrinking of the middle class.

A study conducted by the Hellenic Federation of Enterprises (SEV) concluded that over-taxation broke the back of the middle class, especially in the last years of the crisis.

The middle class is still over-taxed and is thus shouldering an extremely disproportionate burden which impedes its expansion.

The middle class, however, is a basic pillar of the democratic system of government.

That is yet another reason that the government must act swiftly to relieve part of this burden.

This is not only an issue of economic prosperity but also of maintaining the democratic order.

It is an issue of protecting democracy.

TANEA Team 21 Φεβρουαρίου 2020 | 21:17
Share
Δείτε επίσης
Περισσότερα άρθρα για Αγγλική έκδοση
Magiorkinis is hardly new to the task of making complex scientific concepts understandable for the public Magiorkinis: The COVID-19 Committee, society, the economy and the magic ‘political filter’
COVID-19 has taught us how dangerous the anti-vaccines movement can be Editorial: Vaccines
The crisis presents an opportunity but time is of the essence Editorial: Everyday life
Malicious Manzano: A «massacre» for Olympiacos in Velodrome
Editorial: Merkel's disappointment
There is, a pressing need for the state to meet the disaster relief standards that the PM has set Editorial: Accountability
High anxiety in government over potential COVID-19 super spreader event in Patras
Today Greece has the opportunity to draft its own economic roadmap for the future Editorial: Challenge
Marinakis: «The result was clearly distorted – Dräger was fouled before the goal»
It is behind closed doors that the harshest stories of violence against women are hidden Editorial: Silence means sharing the guilt
Fourteen ICU beds, donated by Evangelos Marinakis, Angeliki Frangou and ION S.A. ready for use
SYRIZA in fact was not so eager to create a common front with the left Editorial: Political flirt
It is not too much to ask our political parties to adapt to the new realities Editorial: Time to build consensus
Any back-pedaling on the public health restrictions that have been imposed would be catastrophic Editorial: No to complacency!
Politicians can visit the historic Athens Polytechnic campus to leave a flower, as the PM suggested, or to lay a wreath as the main opposition leader proposed. Editorial: The cost