Beyond recording citizens’ trust in the PM, the data show that citizens approve of some of his’ policies which until recently stirred intense ideological skirmishes. 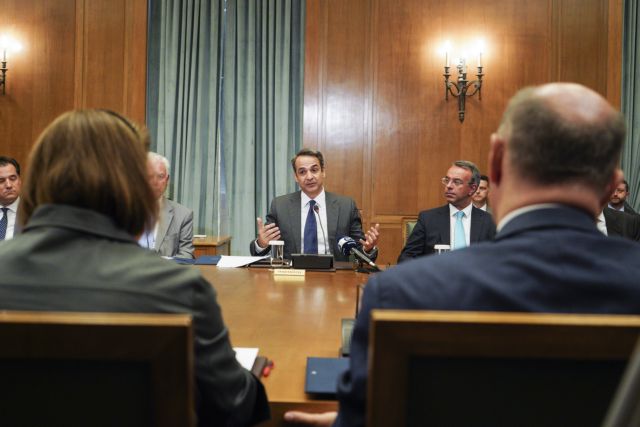 The first opinion poll since the 7 July general election may bring satisfaction to the government, yet it should not stir self-deceptions.

That is firstly because the positive stance of public opinion is largely due to the honeymoon that new governments are afforded.

Secondly, governing is a difficult marathon with unpredictable results.

In politics the admonition of the great lawgiver Solon to King Croesus of Lydia still trands true: Rejoice in nothing until the end.

That does not mean that the findings of the “Opinion Poll” survey are useless.

Beyond recording citizens’ trust in the prime minister personally the data show that citizens approve of some of Mitsotakis’ policies which until recently stirred intense ideological skirmishes.

For example, most left-wing voters now approve the abolition of university asylum and want the occupation of buildings to end.

That means that most voters regardless of party affiliation do not view problems in a partisan manner.

They want universities which will not fall prey to the aggression of dynamic minorities and will not be a safehaven for lawbreakers.

They want cities that that are decent with better daily living conditions and neighbourhoods that are open for all people.

They want to feel secure and free.

That is a mandate both for the current and future governments.

TANEA Team 6 Σεπτεμβρίου 2019 | 20:31
Share
Δείτε επίσης
Περισσότερα άρθρα για Αγγλική έκδοση
In times of tensions military service is viewed as a national duty Editorial: Incentives for early military service
An emotional start in taking a position on developments in the region would be catastrophic Editorial: A measured response to Israeli-Palestinian conflict
The alternate interior minister said problems with COVID-19 self-tests will be resolved by the end of May Government poised to abolish mandatory SMD to leave home, working to solve self-test problems
If Syriza believes it can garner political gains with daily political transformations it is sorely mistaken Editorial: Political vertigo
Santander Consumer Finance begins activities in Greece
Evangelos Marinakis: Post-Covid Shipping and the Environment – Green Energy Investments
The US ambassador says Biden has “opened up a new vocabulary of cooperation” with Greece Pyatt see deeper US-Greece strategic ties under Biden administration
The case will be re-tried in the framework now set by the Council of State Bombshell Council of State ruling accepts state’s vaccine side-effect liability
May Day should be honoured with a single march each year Editorial: Unity
Transcending the collective crisis will require leadership and not troublemakers Editorial: Messages
After a six-month shutdown, workers in the restaurant business laid the tables Editorial: The first step
The government has repeatedly said that the existing framework is outdated Battle royal looms over government bill overhauling labour relations, limiting strike action
The labour trade union movement is an invaluable and irreplaceable weapon of workers An urgent need for the rebirth of the trade union movement
Editorial: The pendulum of American politics
The thirty-somethings rushed to be vaccinated for the sake of their families and their friends Editorial: Front-and-centre