Government believes it has put relations with Paris, Berlin on a new footing

The PM has decided not to raise his government’s top aim of lowering the primary surplus requirement and to postpone that until after the Greek economy is on a sustainable growth path. 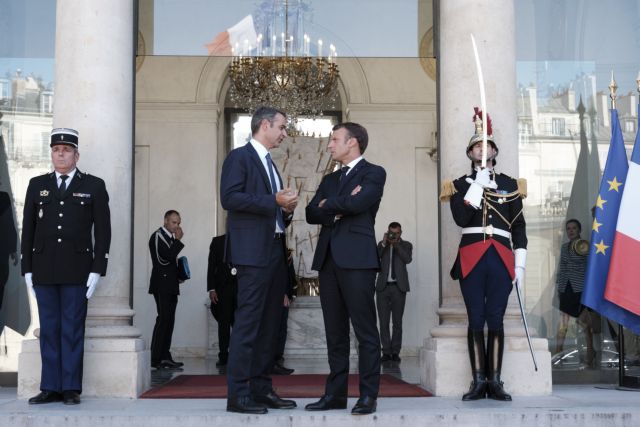 Straight on the heels of coming to power on 7 June Prime Minister Kyriakos Mitsotakis organised a tour to Paris, Berlin, and The Hague to present his growth programme and to persuade foreign leaders that Greece is ripe for investment.

In his talks in Paris and Berlin for which preparations were made ahead of the Greek election Mitsotakis also reportedly managed to garner support for Greece’s foreign policy positions, particularly as regards very tense Greek-Turkish relations and the government believes that he is putting relations with Paris and Berlin on a new footing.

It appears also that the PM has decided not to raise his government’s top aim of lowering the primary surplus requirement – which was a key plank in his campaign platform - and to postpone that until after the Greek economy is on a sustainable growth path.

Potentially the palpable result of the Mitsotakis-Merkel meeting is a plan for a joint investment programme in green technology, energy, renewable energy, and waste management, areas in which there is room for huge profits in Greece. That includes a privatisation of PPC of course.

The plan provides for the participation of the Greek and German governments as well as German and Greek investors in the framework of the Greek National Plan for the Environment and Climate.

Mitsotakis and Merkel said they intend to present a comprehensive programme in December.

The collaboration will be carried out through Greece’s Public-Private Partnership Organisation (SDIT), participations, strategic cooperations, and new greenfield investments

TANEA Team 2 Σεπτεμβρίου 2019 | 17:22
Share
Δείτε επίσης
Περισσότερα άρθρα για Αγγλική έκδοση
Editorial: A calculated diplomacy
It is the duty of the government to immediately coordinate with the expert committee Editorial: Clarity
Greece's demographic problem is complex and requires political solutions Editorial: Anachronism
A businessman has the right to bar entry to his or her establishment of unvaccinated people Editorial: Reaching an understanding
Editorial: Privileges
The NATO Summit is bound to be newsworthy as it is Biden’s first Editorial: Lines
The government must ensure that the path toward modernisation will begin. Editorial: Changes
Covid free Kythnos island – 100% of the population vaccinated
Tourism minister in the Netherlands
There are strikes, like the one at the port, held just for the sake of declaring them Editorial: Conceptions
Ideally, we should fashion a new social and economic model for Greece Editorial: Model
The government must urgently undertake necessary initiatives to root out organised crime Editorial: Root out organised crime
COVID-19 vaccines and immunity: We are not among the lucky ones
Our era requires balances, seriousness, planning, and of course to defend one’s red lines Editorial: A coordinated foreign policy
The Turkish Foreign Minister confirms that the big goal is to convene a Mitsotakis – Erdogan meeting Exclusive Interview TO VIMA – Mevlut Cavusoglu: The “keys” for a solution