In order for the country to transcend the crisis on a solid footing it must definitively abandon the dysfunctions of the past. 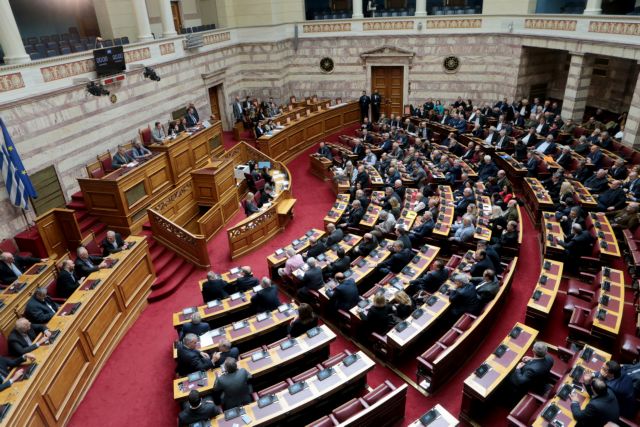 It is not just political fair play that mandates the establishment of a stable electoral system that cannot be tampered with by each successive government to serve its own needs.

The national interest is at stake, because mature democracies do not change their electoral systems every so often, and the country needs stable governments.

Greece must at all costs avoid the Italian experience of governments that hang by a thread and the spectre of the country not having a government.

It would be well if this new electoral system can be the product of the broadest possible consensus among political parties.

No government, as strong as it may be, should impose a law that serves its momentary interests.

No party should determine its position based on its parliamentary strength at a given time and no party from now on should swear by proportional representation when it sees it is about to lose an election and forget it when it is about to win and receive the 50 –seat bonus that goes to the top party.

In order for the country to transcend the crisis on a solid footing it must definitively abandon the dysfunctions of the past which wounded its political system and by extension democracy itself.

Frequent changes of the electoral law are one such dysfunction.

Consequently, the hour of responsibility has arrived for Greece’s political forces.

TANEA Team 15 Ιουλίου 2019 | 14:49
Share
Δείτε επίσης
Περισσότερα άρθρα για Αγγλική έκδοση
An emotional start in taking a position on developments in the region would be catastrophic Editorial: A measured response to Israeli-Palestinian conflict
The alternate interior minister said problems with COVID-19 self-tests will be resolved by the end of May Government poised to abolish mandatory SMD to leave home, working to solve self-test problems
If Syriza believes it can garner political gains with daily political transformations it is sorely mistaken Editorial: Political vertigo
Santander Consumer Finance begins activities in Greece
Evangelos Marinakis: Post-Covid Shipping and the Environment – Green Energy Investments
The US ambassador says Biden has “opened up a new vocabulary of cooperation” with Greece Pyatt see deeper US-Greece strategic ties under Biden administration
The case will be re-tried in the framework now set by the Council of State Bombshell Council of State ruling accepts state’s vaccine side-effect liability
May Day should be honoured with a single march each year Editorial: Unity
Transcending the collective crisis will require leadership and not troublemakers Editorial: Messages
After a six-month shutdown, workers in the restaurant business laid the tables Editorial: The first step
The government has repeatedly said that the existing framework is outdated Battle royal looms over government bill overhauling labour relations, limiting strike action
The labour trade union movement is an invaluable and irreplaceable weapon of workers An urgent need for the rebirth of the trade union movement
Editorial: The pendulum of American politics
The thirty-somethings rushed to be vaccinated for the sake of their families and their friends Editorial: Front-and-centre
The parliamentary vote on approval of the plan’s implementation is expected before Easter Editorial: Liquidity