No other government promised so much only to break one after another of the pledges that it handed out right and left. 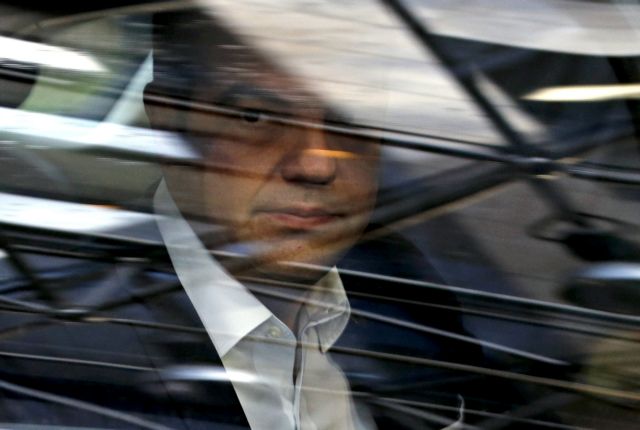 One need not have waited until the end of the outgoing government’s term to realise that its basic characteristic was doing – to a greater extent than any previous government - the opposite of what it said it would.

No other government promised so much only to break one after another of the pledges that it handed out right and left.

The government did not do away with the bailout memorandum with a single law as it had promised.
It was forced to implement austerity measures.

It maintainted the ENFIA real estate tax which it had pledged to abolish.

It hiked the VAT tax instead of lowering it.

Even if one in good faith were to accept that it simply could not keep its promise of ending austerity as the PM said he would with his later self-confessed illusions, one cannot but observe that the government adopted (without any bailout memorandum mandating it) all the practices that it scathingly criticised while in the opposition.

The image of decadence in Parliament with last-minute patronage measures before its closure due to upcoming elections is a prime example.

While in the opposition SYRIZA lambasted last-minute political favours.

Now, it kept Parliament open a bit longer to set up an unprecedented operation of unabashedly passing into law various patronage measures.

To paraphrase a poet, SYRIZA’s youth showed that it would end up differently. Not only did it become what it had condemned, but indeed outdid it by far.

TANEA Team 10 Ιουνίου 2019 | 03:14
Share
Δείτε επίσης
Περισσότερα άρθρα για Αγγλική έκδοση
Editorial: Audits of politicians' wealth
Mario Draghi has a prominent position in the EU architecture Editorial: Alliance
After a certain point, the necessary caution is a matter of personal responsibility Editorial: COVID-19 and personal responsibility
Extremists still constitute a threat Editorial: Threat
A consciously responsible stance is needed Editorial: Maintaining COVID-19 alertness
The late PM Constantine Karamanlis famously said, 'We belong to the West' Editorial: Contradictions
The end of EU enhanced fiscal supervision signals the exit from the tunnel Editorial: Breakthroughs
Head of Greek Pomaks’ Association rips into Erdogan’s revisionist expansionism
All Greek governments since Andreas Papandreou's demanded the return of the Marbles Osborne: ‘Deal to be done’ on sharing Parthenon Marbles
All efforts toward a radical resolution of the refugee problem have failed Editorial: The end does not justify the means
France's centrist forces are rallying behind President Emmanuel Macron Editorial: The political centre
The Germans are returning, this time not to impose their will but to cooperate Editorial: Greece as a bridge between Western Balkans, EU
The demographic crisis must be managed swiftly Editorial: Demographic crisis
There was a Jewish presence in Thessaloniki even in antiquity, and the Apostle Paul preached in its synagogue Leon Saltiel: Glimmers of hope in battling Greek antisemitism
Investment will also play a pivotal role Editorial: The dynamic of the Greek economy