It would be no exaggeration to say that now more than ever in the past the education system is being used as a tool of clientelism. 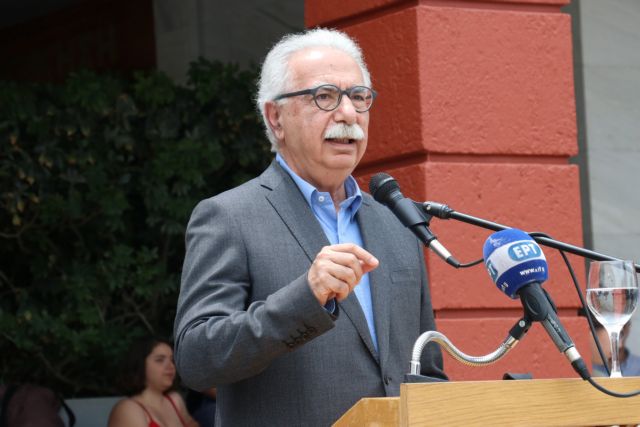 With the announcement of the second hike in two years in the number of applicants admitted to universities, the education minister has proven that the government is using the tertiary education system for vote-mongering.

It would be no exaggeration to say that now more than ever in the past the education system is being used as a tool of clientelism.

Aside from a rise in the number of applicants admitted to universities, the merger of tertiary technical schools and university faculties will produce an oversupply of engineers who will find it well nigh impossible to find a job in their field of study.

The education minister ignored all that just as he ignored the repeated pleas of rectors for him not to undermine the state university system.

It is sad to think that despite the fact that the minister has taught as a university professor in Greece he has learned nothing about the problems that have beset Greek universities.

He apparently has chosen to remain indifferent about real problems and has decided to dedicate himself to policies that serve only partisan expediency.

The actions of the education minister set a bad example for the future.

It is a gangrene that infects the entire education system.

Παγκόσμιες συγκρούσεις αναμένει το Ρωσικό Συμβούλιο Διεθνών Σχέσεων – Τι αναφέρει σε έκθεσή του
TANEA Team 23 Μαΐου 2019 | 13:51
Δείτε επίσης
Περισσότερα άρθρα για Αγγλική έκδοση
The president-elect of Greece has won people over even before assuming office Editorial: Modesty
Marinakis just dealt the final blow to the so-called ‘clean-up’ of Greek Football in front of UEFA/FIFA
The dialogue Marinakis to Grammenos: «You have been doing anything that Savvidis was telling you for such a long time and now you’ve become sensitive?»
President-elect Ekaterini Sakellaropoulou symbolises Greece’s passage to a new era with greater consensus and less toxicity Editorial: A victory for democracy
'Our country is governed by the rule of law and is a force of stability, growth, and culture' President-elect Sakellaropoulou to focus on defending rights, sovereignty
Turkey’s provocations are non-stop Editorial: Audacity
Hospitals should not be excluded from public-private partnerships Editorial: Partnerships
The government in Tripoli has said that Greece 'has nothing substantial to offer'. Haftar in Athens, Greece to veto EU approval of Libya peace deal if MOU with Turkey not canceled
The nominee has the prestige and wherewithal to serve the office in a worthy manner Editorial: Consensus
The last president who was not a politician was Christos Sartzetakis who served between 1985-1990 In historic move, Mitsotakis taps Council of State chief to serve as first woman president
Realism at all levels and in every way must be the only guide Editorial: Realism
Greece cannot be punished ad infinitum for the errors of the past Lower primary surplus targets key to Greek economic growth
Indian slaves swap life of bondage for seat in boardroom at tea plantation
Editorial NEA: Puzzle
EU resumes probe into Boeing-Embraer deal, sets new April 30 deadline