Ζωή & Τέχνες Επιστήμη & Τεχνολογία Υγεία Γυναίκα Παιδί Πρόσωπα & Ιστορίες Συνεντεύξεις Auto Νέα Σκίτσα Info graphics Media Market
tanea.gr > Αγγλική έκδοση > Editorial: Loans
Everyone knows that some debtors who were in a position to service their loans did not do so

Many home loams were not serviced because debtors suffered dramatic cuts in their income or lost their jobs. 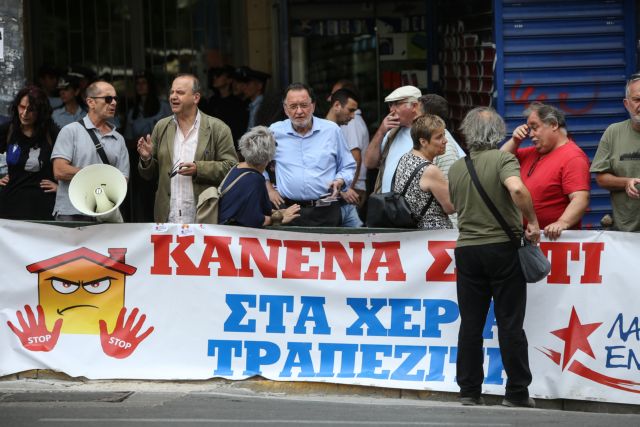 The economic crisis found most citizens of our country unprepared.

Those plans and ambitions for a large swathe of society included buying homes with loans, many of which were not serviced because debtors suffered dramatic cuts in their income or lost their jobs.

That is how the huge volume of non-performing loans was accumulated.

Many people who owed to banks were unable to repay their debt.

That endangered the banking system, which is a pillar of the economy and growth. Hence, a resolution of non-performing loans that were issued for borrowers to buy their primary residence was necessary.

That means that in some way one must separate the wheat from the chaff.

Everyone knows that some debtors who were in a position to service their loans did not do so as they awaited a debt haircut.

Meanwhile, other borrowers who were hit hard by the crisis sacrificed much to meet their debt obligations.

The state is obliged to deal with both categories.

Ζέτα Δούκα: Δείτε τι έκανε μαζί με την κόρη της
TANEA Team 28 Μαρτίου 2019 | 14:56
Δείτε επίσης
Περισσότερα άρθρα για Αγγλική έκδοση
Mayhem on Lesvos, Chios as hundreds of riot police clash with islanders determined to block migrant centres
In the economy words can help shape the climate but deeds yield results Editorial: Profile
Democracy has a duty to defend itself Editorial: Adventure
Editorial: Pillar
Editorial: Crisis
Government and opposition are skirmishing over the rubble in Mati Editorial: Duty
As it turned out Mega was too big to die Editorial: The return of Mega Channel
The government cannot address the problem of school violence on its own Editorial: Wave of violence
Job creation is the overarching aim so that society can prosper Editorial: Automatic pilot
Right now there must be delicate diplomatic manoeuvres abroad and a solid front domestically Editorial: Consensus
Editorial: Delusions
Editorial: Readiness
It seems that freedom of speech cannot be taken for granted in our country Editorial: Fascism
At last it seems that reason is prevailing over belief and superstition about vaccines Editorial: Sirens
Dialogue must continue to be a basic pillar of Greek foreign policy Editorial: Dialogue