The majority was comprised of SYRIZA’s 145 MPs and eight more independents including MPs of the former Potami party parliamentary group. 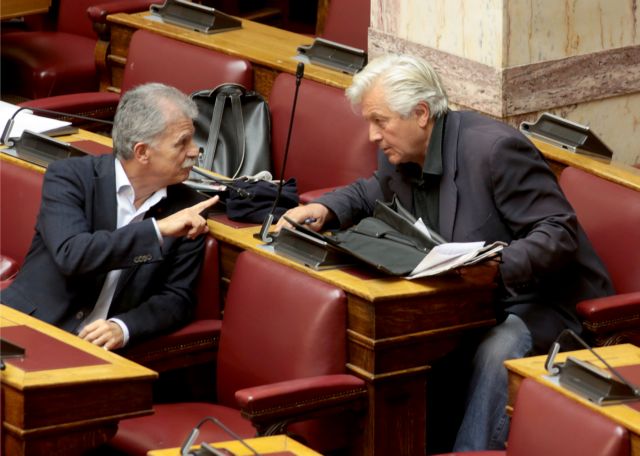 The Greek Parliament ratified the protocol permitting the accession to Nato of the newly renamed Republic of North Macdedonia as the 30th member of the Alliance.

The vote put a definitive end to a nearly three decades-long dispute that thwarted Skopje’s Nato and EU accession process, as unanimity is needed for admission to both intrernational organisations and Athens always demanded a mutually acceptable settlement of the naming issue. Both Nato and the EU always accepted that conditionality.

The protocol – tabled in Parliament with the title “Ratification of the Protocol to the North Atlantic Treaty for the Accession of the Republic of North Macedonia” - was ratified by an absolute majority of 153 votes in the 300-seat legislature.

The majority in the ratification vote was comprised of SYRIZA’s 145 MPs and eight more independents including MPs of the former Potami party parliamentary group, which was dissolved when its number of MPs fell below five, the minimum number to constitute a recognised parliamentary group. The party was torn apart by disputes over the Prespa Agreement and Stavros Theodorakis’ leadership.

TANEA Team 9 Φεβρουαρίου 2019 | 00:29
Share
Δείτε επίσης
Περισσότερα άρθρα για Αγγλική έκδοση
The overturning of Roe v. Wade turns the clock back 50 years for American women. Editorial: Back and forth
Thymios' statement - “I no longer trust people.” – is a punch in the gut. Editorial: A punch in the gut
Editorial: Audits of politicians' wealth
Mario Draghi has a prominent position in the EU architecture Editorial: Alliance
After a certain point, the necessary caution is a matter of personal responsibility Editorial: COVID-19 and personal responsibility
Extremists still constitute a threat Editorial: Threat
A consciously responsible stance is needed Editorial: Maintaining COVID-19 alertness
The late PM Constantine Karamanlis famously said, 'We belong to the West' Editorial: Contradictions
The end of EU enhanced fiscal supervision signals the exit from the tunnel Editorial: Breakthroughs
Head of Greek Pomaks’ Association rips into Erdogan’s revisionist expansionism
All Greek governments since Andreas Papandreou's demanded the return of the Marbles Osborne: ‘Deal to be done’ on sharing Parthenon Marbles
All efforts toward a radical resolution of the refugee problem have failed Editorial: The end does not justify the means
France's centrist forces are rallying behind President Emmanuel Macron Editorial: The political centre
The Germans are returning, this time not to impose their will but to cooperate Editorial: Greece as a bridge between Western Balkans, EU
The demographic crisis must be managed swiftly Editorial: Demographic crisis