ΜEGA Γεγονότα σε 1' Ζωή & Τέχνες Υγεία Γυναίκα Παιδί Πρόσωπα & Ιστορίες Συνεντεύξεις Auto Νέα Σκίτσα Info graphics Media Market
tanea.gr > Αγγλική έκδοση > Editorial: First time
Are there issues on which Parliament must be briefed and others on which it can vote for blindly?

The ruling party revealed to MPs for the first time that the amendments to the Constitution of FYROM will come into effect only after the Greek Parliament ratifies the protocol on FYROM’s admission to Nato. 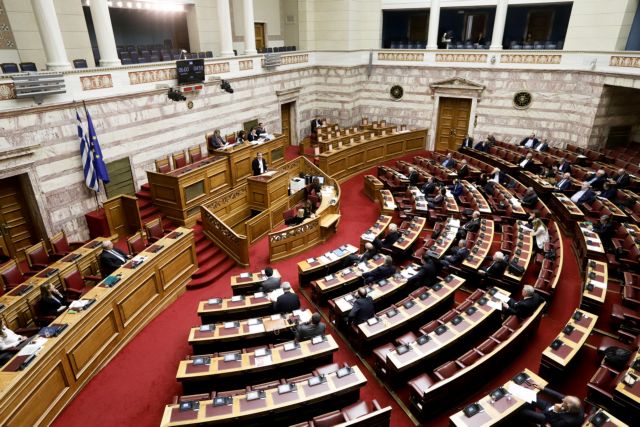 When it was still in the opposition, SYRIZA lambasted a minister because he admitted that he had not read the bailout memorandum that was passed into law.

Now that it is in power, it is asking Parliament to ratify the Prespa Agreement without MPs having read the revised Constitution of the Former Yugoslav Republic of Macedonia (FYROM).

Indeed, the ruling party just revealed to MPs for the first time that the amendments to the Constitution of FYROM will come into effect only after the Greek Parliament ratifies the protocol approving FYROM’s admission to Nato.
One wonders if the government views an economic agreement such as the bailout memorandum as more important than an accord regarding a major national issue. Are there issues on which Parliament must be briefed in detail and others on which it can be kept in the dark and vote for blindly? One would hope not.

It is the government above all which should know that a lack of information in the parliamentary process constitutes a lack of democracy. It has a duty to inform Parliament in detail without equivocation.

This is not the first time it has done this in the last four years, but it is the first time that it involves a national issue which arouses the sensitivities of the overwhelming majority of Greek citizens. That is impermissible.

TANEA Team 24 Ιανουαρίου 2019 | 17:05
Share
Δείτε επίσης
Περισσότερα άρθρα για Αγγλική έκδοση
In times of tensions military service is viewed as a national duty Editorial: Incentives for early military service
An emotional start in taking a position on developments in the region would be catastrophic Editorial: A measured response to Israeli-Palestinian conflict
The alternate interior minister said problems with COVID-19 self-tests will be resolved by the end of May Government poised to abolish mandatory SMD to leave home, working to solve self-test problems
If Syriza believes it can garner political gains with daily political transformations it is sorely mistaken Editorial: Political vertigo
Santander Consumer Finance begins activities in Greece
Evangelos Marinakis: Post-Covid Shipping and the Environment – Green Energy Investments
The US ambassador says Biden has “opened up a new vocabulary of cooperation” with Greece Pyatt see deeper US-Greece strategic ties under Biden administration
The case will be re-tried in the framework now set by the Council of State Bombshell Council of State ruling accepts state’s vaccine side-effect liability
May Day should be honoured with a single march each year Editorial: Unity
Transcending the collective crisis will require leadership and not troublemakers Editorial: Messages
After a six-month shutdown, workers in the restaurant business laid the tables Editorial: The first step
The government has repeatedly said that the existing framework is outdated Battle royal looms over government bill overhauling labour relations, limiting strike action
The labour trade union movement is an invaluable and irreplaceable weapon of workers An urgent need for the rebirth of the trade union movement
Editorial: The pendulum of American politics
The thirty-somethings rushed to be vaccinated for the sake of their families and their friends Editorial: Front-and-centre