Greece will stay at the tail end of eurozone states, and Greeks who are in the lower economic brackets of salaried employees will remain the poor relatives in the family. 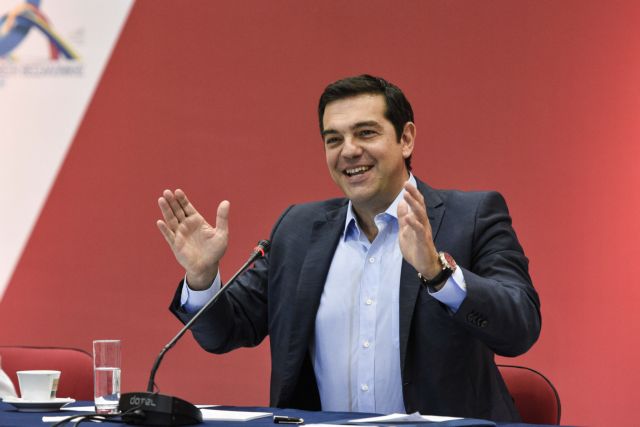 The government’s 2015 electoral pledge to raise the monthly minimum wage to 781 euros immediately after it would come to power proved to be a pipe dream.

Citizens who believed that promise were fooled, as were those who voted for SYRIZA with the hope that it would abolish the bailout memorandum and that their standard of living would return to pre-crisis levels.

Clearly, the minimum wage is not sufficient to cover basic living needs in Greece.

It is impossible for those needs to be met with the wage hikes promised by the government, which of course are a far cry from the older pledges of the ruling party when it was in its early period of self-deception.

Our country will remain at the tail end of eurozone member-states, and Greeks who are in the lower economic brackets of salaried employees will remain the poor relatives in the family.

Never before has a government cultivated so many hopes, only to belie them all.

For that reason alone, one would have expected the government to press forward with policies that will stimulate the economy, first of all in order to support our fellow citizens who bore the brunt of the impact of the economic crisis.

In short, economic policy must be decided with those who are economically weakest in mind, and not with the vote-mongering rationale of past decades.

TANEA Team 17 Δεκεμβρίου 2018 | 13:28
Share
Δείτε επίσης
Περισσότερα άρθρα για Αγγλική έκδοση
The overturning of Roe v. Wade turns the clock back 50 years for American women. Editorial: Back and forth
Thymios' statement - “I no longer trust people.” – is a punch in the gut. Editorial: A punch in the gut
Editorial: Audits of politicians' wealth
Mario Draghi has a prominent position in the EU architecture Editorial: Alliance
After a certain point, the necessary caution is a matter of personal responsibility Editorial: COVID-19 and personal responsibility
Extremists still constitute a threat Editorial: Threat
A consciously responsible stance is needed Editorial: Maintaining COVID-19 alertness
The late PM Constantine Karamanlis famously said, 'We belong to the West' Editorial: Contradictions
The end of EU enhanced fiscal supervision signals the exit from the tunnel Editorial: Breakthroughs
Head of Greek Pomaks’ Association rips into Erdogan’s revisionist expansionism
All Greek governments since Andreas Papandreou's demanded the return of the Marbles Osborne: ‘Deal to be done’ on sharing Parthenon Marbles
All efforts toward a radical resolution of the refugee problem have failed Editorial: The end does not justify the means
France's centrist forces are rallying behind President Emmanuel Macron Editorial: The political centre
The Germans are returning, this time not to impose their will but to cooperate Editorial: Greece as a bridge between Western Balkans, EU
The demographic crisis must be managed swiftly Editorial: Demographic crisis