The charge is that drug pricing resulted in losses for the state of 40 million euros, and an additional 100 milllion euro burden on insured citizens. 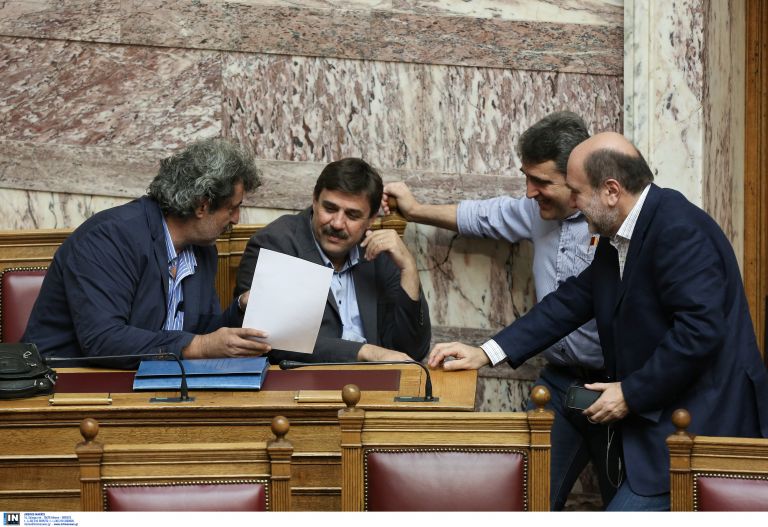 In what was widely viewed as a counter-attack after the ruling majority launched a preliminary criminal probe of former conservative ministers implicated in the Novartis affair, New Democracy has tabled a proposal in parliament for a preliminary criminal inquiry into current and former Syriza health ministers over allegedly unlawful actions regarding drug pricing.

In their request, the New Democracy MPs note that the prosecutor in the Novartis case “photographs” Kouroumplis – who is referred to in the case files with his initials, P.K. – as the minister who failed to carry out a regular drug pricing review.

Another document tabled by ND MPs, dated 30 March, 2017, is a specific charge regarding the drug pricing in December, 2016, when Xanthos was serving as health minister, and Polakis as alternate minister.

The charge is that the said pricing resulted in losses for the state of 40 million euros, and an additional 100 milllion euro burden on insured citizens.

Beyond that, New Democracy’s request for a probe claims that the state suffered hundreds of millions of euros in further damages, allegedly brought about because the three aforementioned ministers systematically circumvented drug pricing laws.
The governing majority immediately rejected the main opposition’s request.

Next request: probe of Kammenos

New Democracy in the coming days will table another request for a simple preliminary probe in parliament of the case of the abortive sale by Panos Kammenos and the defence ministry of munitions to Saudi Arabia.
Yannis Sarantakos

TANEA Team 28 Φεβρουαρίου 2018 | 13:50
Share
Περισσότερα άρθρα για Αγγλική έκδοση
Both SYRIZA and PASOK are in a transitional phase Editorial: Changes
Tsipras posts on the social media and frequently as possible Editorial: Obligations
Universities have become a sort of state within the state Editorial: Enough is enough!
Nobody for whatever reason has the right to beat a professor Editorial: Zero tolerance
The shift in America’s priorities should come as no surprise Editorial: Fluidity
We have the weapons, the experience, and obviously the collective will Editorial: Transcending the pandemic
How do you negotiate with Vladimir Putin? Editorial: Dilemma
Editorial: Phenomenon
Maintaining tensions does not contribute to dialogue or good neighbourly relations Editorial: Pragmatism in Greek-Turkish relations
The alarm bell of daily life is urgently ringing Editorial: Alarm bell
We believe that the projections of scientists are exaggerated. They are not. Editorial: Living dangerously
It is up to us to exit the pandemic on our feet Editorial: Caution
The cost of a total lockdown would be very high for the economy Editorial: The need for personal responsibility, again
Banks – They secure short-term loans to provide new ones
Price increases in energy threaten the viability of businesses